Where is my tribe

Theory and practice of care

"Loneliness is on the rise. "Mainstream discourse hides the fact that the ‘normal’ situation of a 40-hour working week, plus daycare, plus grandma for tricky times, does not just leave room for improvement, it is downright unacceptable.”

Carolina del Olmo, where is my tribe?

In Sweden – an extreme case of Western trends within the Protestant tradition –, over 50% of the population live alone. People also die alone, forgotten by everyone, after a lifetime of pursuing the desire for personal independence, adapting to social norms, comforts, and socialisation without physical contact. The dream of an independent life, free from community bonds and patriarchal family ties, has turned out to be a nightmare of loneliness, sadness, and existential emptiness.

We need to overcome the binary oppositions that lead us to choose between two almost equally bad options. We don’t have to go back to the old, strictly patriarchal family, but we shouldn’t have to settle for metropolitan solitude either. The idea is to create and experiment with other ways of living and loving.

"According to anthropologist and primatologist Sarah Blaffer Hrdy, female lab rats locked in cages with only their young for company started to behave in a manner very similar to 1950s American housewives, with their obsessions and their neuroses. But when observed in the wild, mothers and their offspring showed a wide range of different behaviours in all kinds of social contexts."

Carolina del Olmo, Where is My Tribe?

In the documentary The Swedish Theory of Love, a Swedish social worker investigating the growing number of people who die abandoned, completely isolated, asks: “What does it matter if I have a million in the bank if I am not happy?” But it’s not just about achieving happiness, it’s about the immense somnambulant sadness washing over a decaying civilization, where life unfolds in the midst of the epiphany of a mountain of waste. “Did you hear that? It is the sound of your world collapsing,” say the Zapatistas. Individual independence is the catastrophic ideal of a world that is perfectly organised and efficient but cold as ice.

Zygmunt Bauman, interviewed in The Swedish Theory of Love 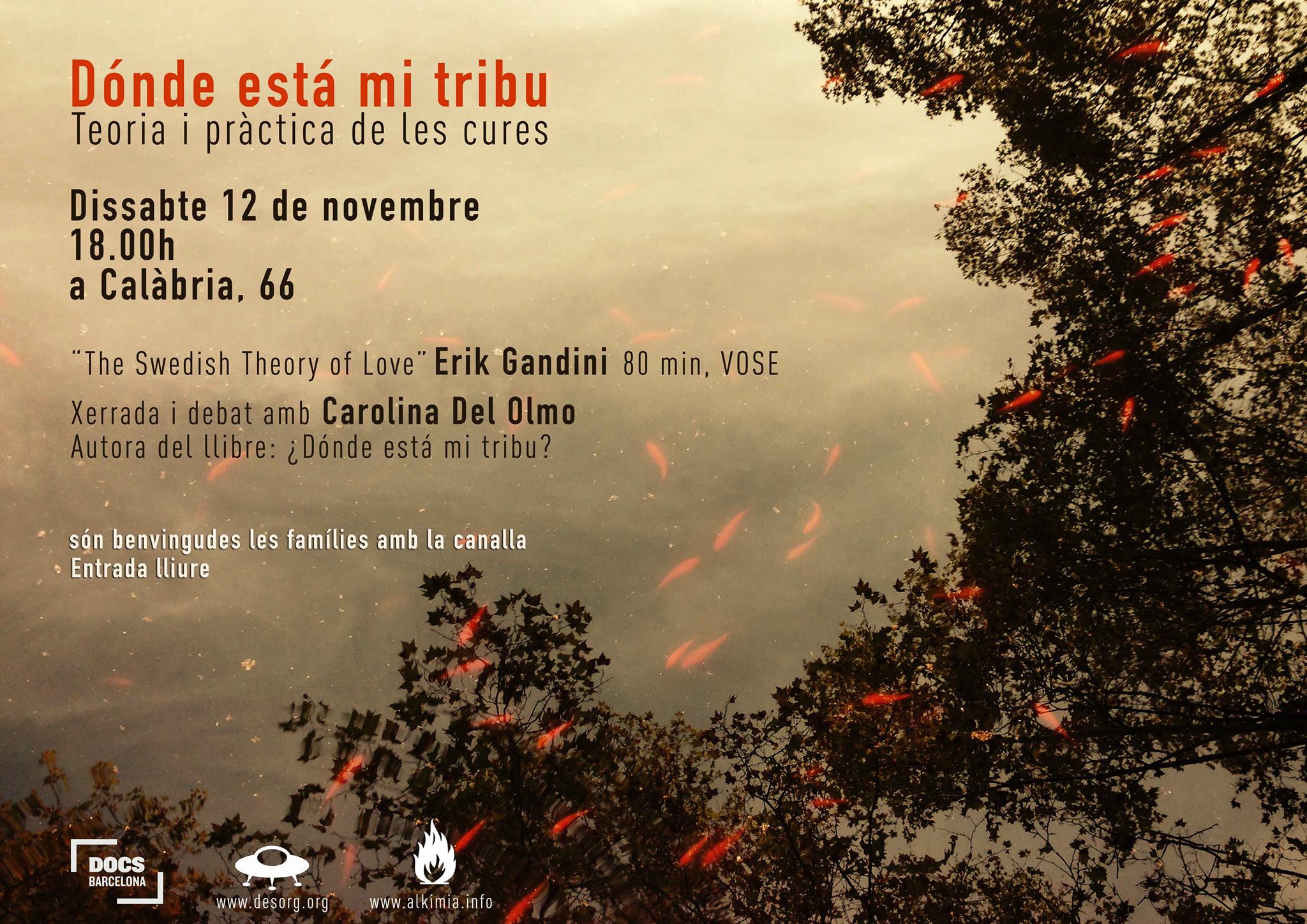