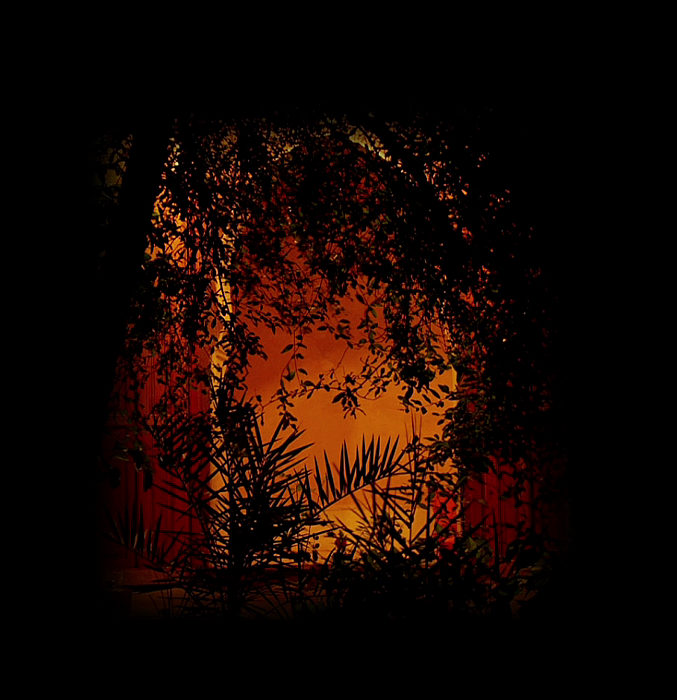 An old pilgrim dressed in rags observes a flower in the dark of the night ... The old man is a door between the things that are known and unknown ... symbolizes the decline and the end of what we have taken for real, and now it is perceived as ephemeral and inconsistent, as the poverty of his clothes dragged by time. The proximity of death as an unavoidable truth gives his own vision; a new and deeper insight not limited to visual perception, and beyond logic and laws of the world. Maybe that's why in the dark of night can contemplate the beauty of a flower.