Nahed Awwad is an independent filmmaker; she has been working in Film and Television since 1997. She started her career as an editor. In 2002 she started making her own films. She worked with well- known Palestinian filmmakers, local Palestinian TV stations and later international networks.

Besides participating in professional training at centers in Canada, Qatar, and Belgium. In 2004 she got her film diploma from the European film college in Denmark. She released eight documentary films between experimental, short and feature length. 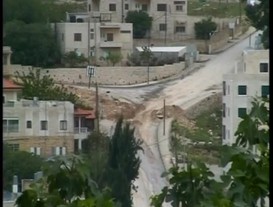