Ursula Biemann (born 1955, Zurich, Switzerland) is an artist, author, and video essayist. Her artistic practice is strongly research oriented and involves fieldwork in remote locations from Greenland to Amazonia, where she investigates climate change and the ecologies of oil, ice, forests and water.

Her earlier writing and experimental video work focused on the gendered dimension of migration. She also made space and mobility her prime category in the curatorial projects “Geography and the Politics of Mobility”, “The Maghreb Connection“, and the widely exhibited art and research project Sahara Chronicle on clandestine migrationnetworks. With Black Sea Files (2005) Biemann shifted the primary focus to natural resources and their situated materiality. In 2010 she co-initiated the World of Matter collective project on global resource ecologies.

Recent field trips have taken her to the Amazonian rainforest and the Arctic region where she engages the larger temporalities of climate change with the project Forest Law, Deep Weather, Subatlantic and Acoustic Ocean, amplifying current discussions around ecology, multispecies communication and videographic world making.The main protagonist in these recent narratives is the figure of the indigenous scientist who emerges from a shared history of colonialism and modern science.

2018-2022 Biemann works on a major commission by Museo de Arte, Universidad Nacional de Colombia for the co-creation of a new indigenous University in the South of Colombia and an online platform Devenir Universidad where she investigates on forest epistemologies and indigenous knowledge systems, to be premiered in September 2022.

She has published numerous books and an audiovisual online monograph on her ecological video works 2011-2021, Becoming Earth at www.becomingearth.net, with the Art Museum at UNAL Bogota, launch on March 1, 2021.

Ursula Biemann received her BFA from the School of Visual Arts (1986) in New York and pursued post-graduate studies at the Whitney Independent Study Program (ISP) in New York where she lived most of the 1980s. She returned to Switzerland in 1990. Until 2014 she was a senior researcher at the Zurich University of the Arts (ZHdK) and continues to give lectures and seminars worldwide.

Biemann is appointed Doctor honoris causa in Humanities by the Swedish University Umea (2008). She has received the 2009 Prix Meret Oppenheim, the Swiss Grand Award for Art and the 2018 Prix Thun for Art and Ethics. She is on the board of the academic journal GeoHumanities. 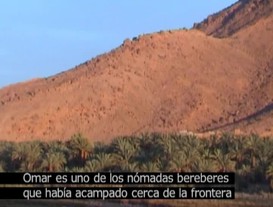