Pascal Blanchard is a French historian specialising in colonial issues and the history of immigration in France. He is a researcher at the CNRS at the Laboratoire de Communication et Politique.

He has held several exhibitions on the theme of colonisation and immigration, such as Images d'empire (1996), L'appel à l'empire (1997), Images et Colonies (1993). In 2012, he was the co-curator with Nanette Snoep and Lilian Thuram of Exhibitions. L'invention du sauvage at the Musée du quai Branly in Paris (Cristal prize for the best exhibition of the year).

As contemporary historian, he regularly intervenes in debates and in the media to promote a different relationship between the present and the colonial past, and the history of immigration "from the South" (colonial and post-colonial) in France. 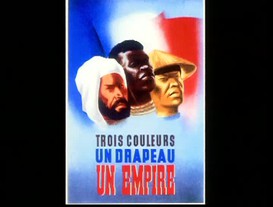