is a historian and researcher whose work focuses on immigration, and is also actively involved in social work with several associations in Catalonia. He has lived in Europe (England, Italy, Spain) for the past eighteen years. He has participated in research projects on immigration run by several universities (Barcelona University, Cheikh Anta Diop University in Dakar, Gaston Berger University in Saint-Louis, etc.). He is a founding member of the Barcelona-based Mouridyya Sufi Association, Dahira Jazbul Xulob and the current President of the Federation of Murid Dahiras of Catalonia. 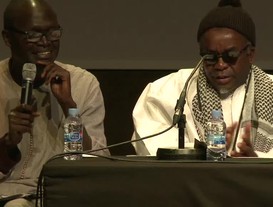