In Israel's occupied territories, thousands of Palestinians work illegally as construction laborers. After an arduous and dangerous journey,loaded with blankets and bags, they cross the hills to the places where they can find employment. At night they sleep on the hillcrests in improvised huts and coffin-like sleeping cubicles, a stark contrast to the luxury apartment complexes they build by day. But they have made homes for themselves, complete with cosy pillows and even power generated by batteries they have scraped together. In 9 Star Hotel, the filmmakers follow Ahmed and Muhammad, one a merry collector of found objects, the other a philosophical criticaster of the Palestinian character ("We think backward. We never think forward."). Together, they share food, belongings and stories, and live under the constant threat of getting arrested -police, soldiers and the secret service are all tirelessly on the alert for illegal workers. With raw, handheld images, this disconcerting yet touching film documents friendship, nostalgia and the uncompromising urge to survive. 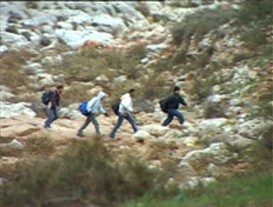 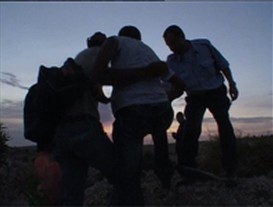 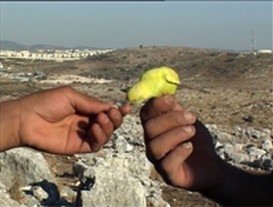