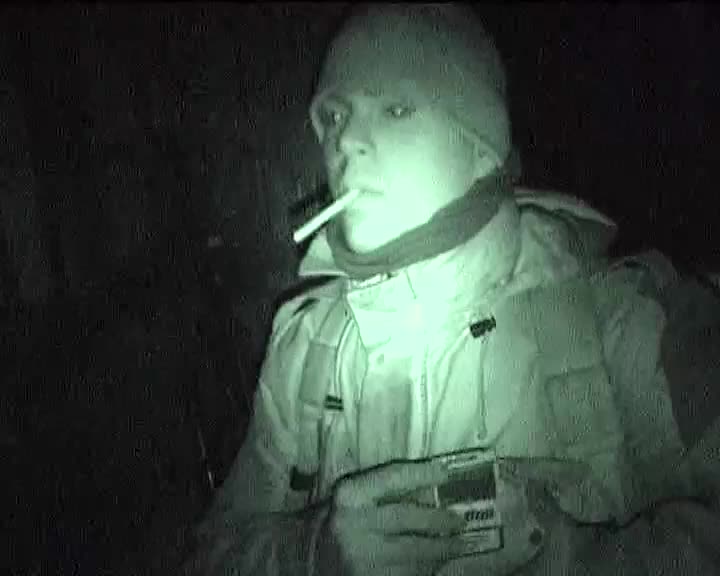 Images from the Diary of Someone Waiting

“It's spooky here.... It looks really spooky through the camera.” – “You have to say this is the Burgenland Project.“ In fact however the snowy greenish night-vision images, created by recruits stationed on the border between Austria and Hungary, are not on a search for some woodland witch, and the infrared gaze doesn't capture “illegal border crossers.” The soldiers are shooting a film in the eternal ice of a Burgenland winter, with video camera and cell phone, making images of each other getting bored and acting childish (glaciation can be fun too). They do all the stunts themselves and talk cursorily about their situation and their hopes for the future afterward. Judith Zdesar engineered and arranged the images, interspersing them with a few topographic tableaus. This is a search for the lost, or to be more exact wasted time spent during obligatory military service on the edge of Schengen country, which is embodied by the absurd micro-performances of the young showoffs and in banal, everyday monologs about the sense (or lack thereof) of their presence, enlarged to almost Becket-like dimensions. The situation: No one knows what will happen next. Its unsettling aspect: Even capturing migrants would seem to be a reasonable option, but the soldiers are too far from the border for that to happen—a war movie without a war. The only thing that remains is concentrating on one's own emotional situation. When your existence becomes a kind of service and your superior has lost the authority which gives him meaning, service on the border becomes a borderline case of filmic/linguistic representation. Though these Images from a Diary of Waiting seem strange and foreign, they have more to do with us than we would prefer. Lo-fi science fiction without a future, the soldiers themselves are the aliens, and the enemy looks like your best friend. Really spooky. (Michael Palm) Translation: Steve Wilder 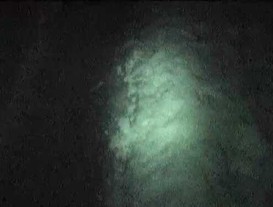 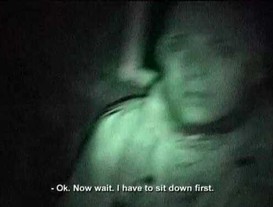 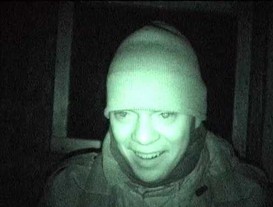 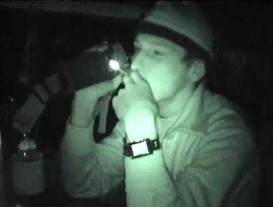 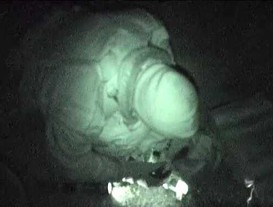 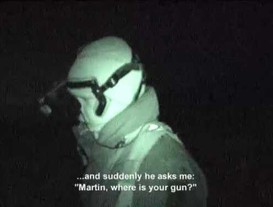 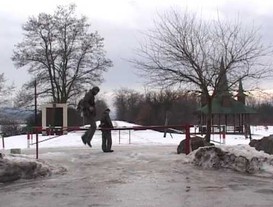 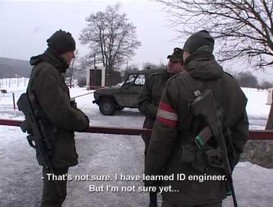 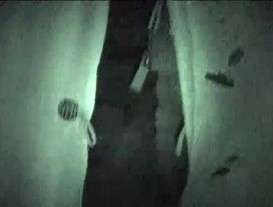 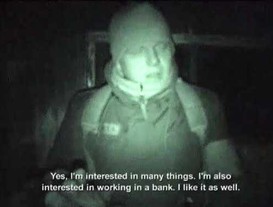