Capitalism Hits the Fan - Richard Wolff on the Economic Meltdown 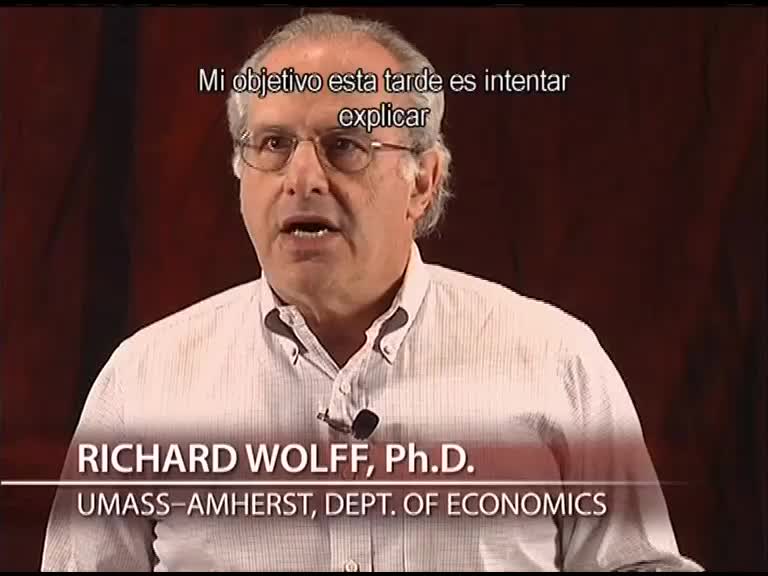 With breathtaking clarity, renowned University of Massachusetts Economics Professor Richard Wolff breaks down the root causes of today's economic crisis, showing how it was decades in the making and in fact reflects seismic failures within the structures of American-style capitalism itself. Wolff traces the source of the economic crisis to the 1970s, when wages began to stagnate and American workers were forced into a dysfunctional spiral of borrowing and debt that ultimately exploded in the mortgage meltdown. By placing the crisis within this larger historical and systemic frame, Wolff argues convincingly that the proposed government “bailouts,” stimulus packages, and calls for increased market regulation will not be enough to address the real causes of the crisis - in the end suggesting that far more fundamental change will be necessary to avoid future catastrophes.