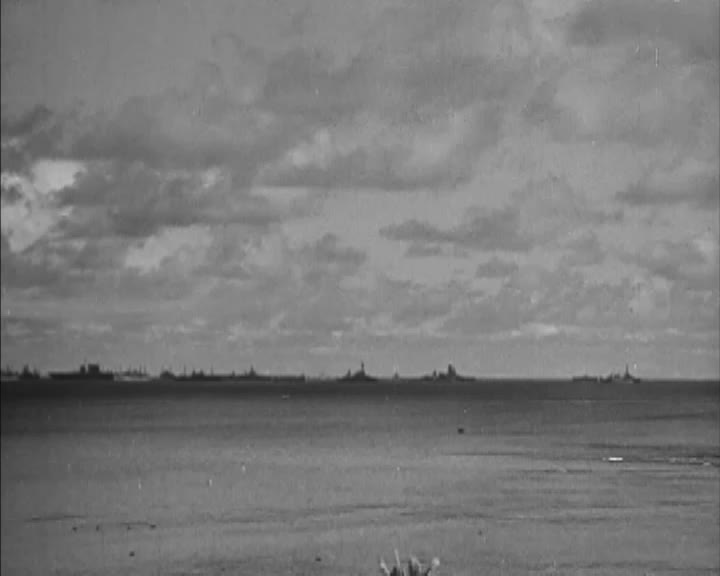 23 unedited shots derived from declassified U.S. Government footage of the first underwater atomic bomb test at Bikini Atoll, July 25, 1946, made available through the National Archives, Washington, D.C. The longest shot is 7.5 minutes. The cameras began filming before the explosion and continued to the end of the film roll. Some of the film was shot at very high speed, and some of it appears to be fogged by radiation. All of the footage is marked by the duress of its original production. 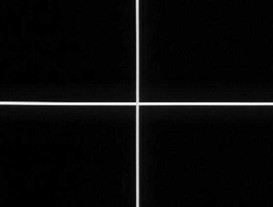 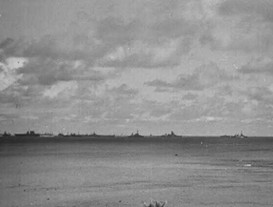 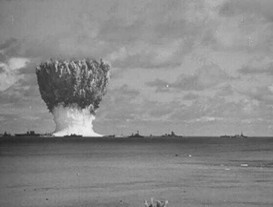 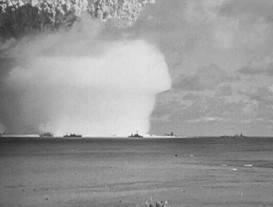 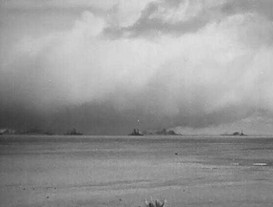 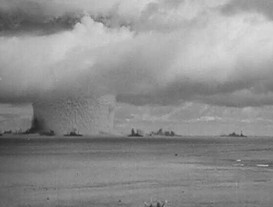 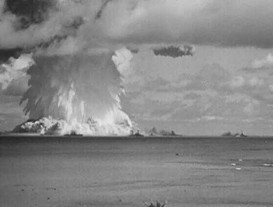 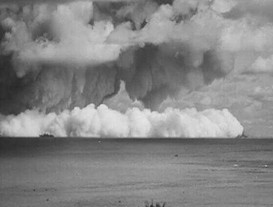 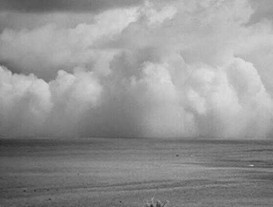 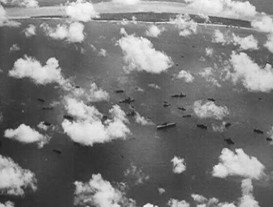 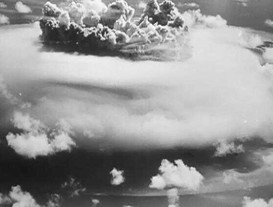 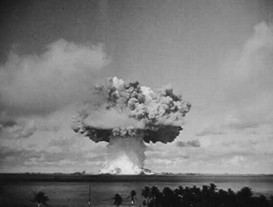 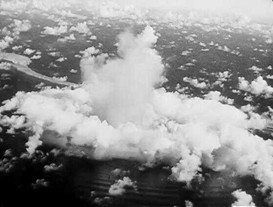 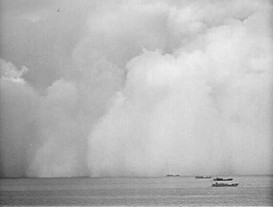 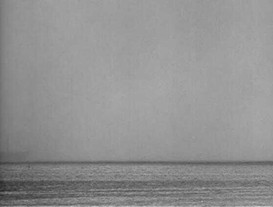 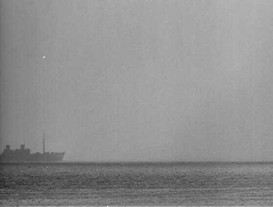