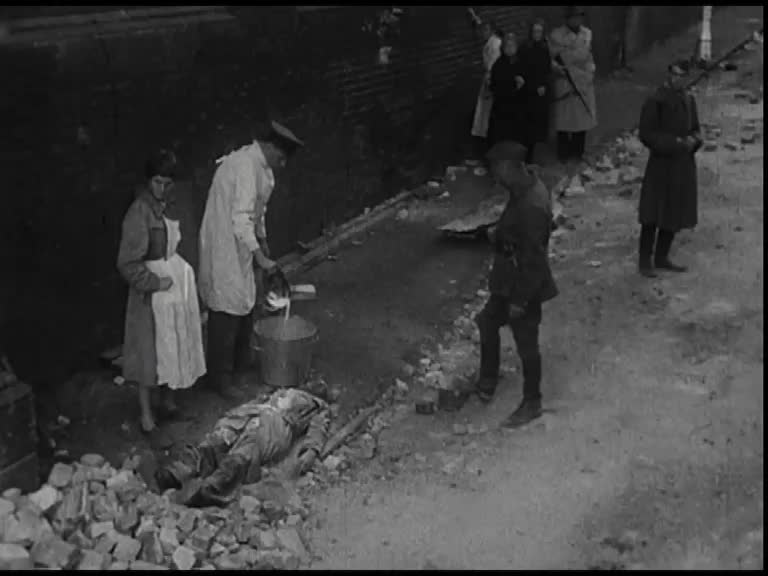 n this amateur work, Peter Watkins reenacts episodes of the 1956 Hungarian Revolution and continues to develop the methods he had used in The Diary of an Unknown Soldier. As Watkins himself claims, he studied many photographs of this historic event and this probably had an effect on the number of characters who stare directly into the camera, a trait that would eventually become one of the more memorable elements of Watkins’ cinematic language. Watkins breaks away from one of the traditional conventions of cinema: the fiction that the actors aren’t aware of the camera. Paradoxically, it is precisely the reaction of the characters in front of the camera that emphasises the act of filming and destroys the illusion of the film as being faithful to reality, and produces the impression that the action that unfolds is authentic documentary. The camera shakes in the moments of violence and the image is out of focus, adopting the aesthetics of television news reports. 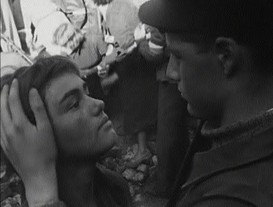