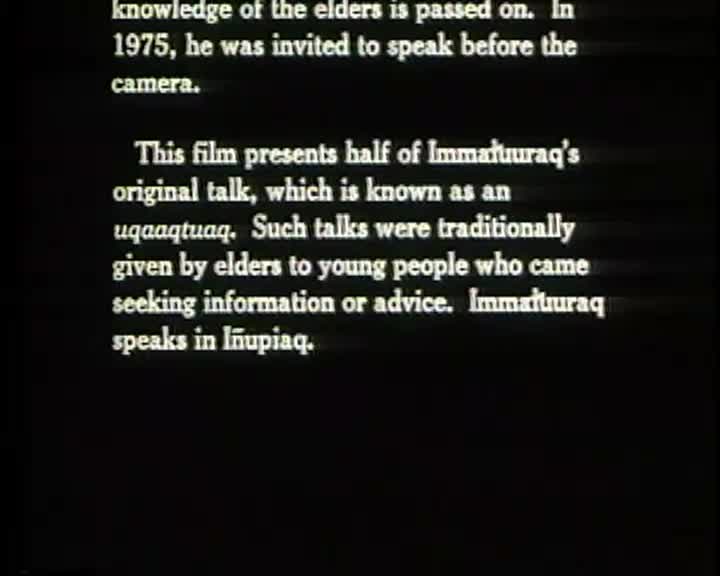 Immaluuraq ("Joe Sun" in English) grew up moving among seasonal camps in the Kobuk River region of Alaska and now resides in Shungnak. In this film, he describes the life of the earlier Kobuk settlements. He talks about women being isolated from the village when they are menstruating or when they are pregnant. He also talks about the predictions of the legendary Inupiaq prophet, Maniilaq, who was his great uncle. Maniilaq foretold of things to come that would change the world and the way people lived in it, all of which happened just the way he said it would. Immaluuraq's talk is known as uqaaqtuaq. Such talks were given by elders to young people who came seeking information and advice. 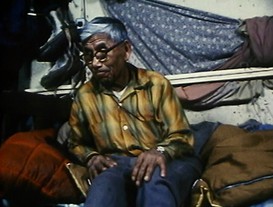 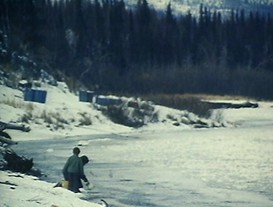 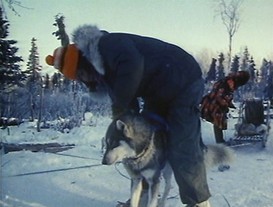