‘Jihad’ is a fundamental Arab concept. In these times of conflict and violence, we only hear the mass media version – the extreme meaning of the term, which has strayed from its original sense – while its deeper meaning is ignored. Jihad can be translated as effort, commitment, and struggle in the broad sense. It is a concept and an experience with two different levels, one subordinate to the other. On one hand there is the ‘small jihad’ which has to do with effort, with the communal struggle to attain a society that is fairer and more aware of the mystery of reality (Al-Haqq) and of life (Al Hayy), which are two of the names of Allah. And the other is the ‘great jihad’, which is considered more important, and which determines whether the success, failure, or digression of the small jihad.

This great struggle is the inner quest, the effort to cleanse everything inside us that distances mankind from the real... everything that favours a world made up of separate, selfish entities, a world that is closed, appropriable, and doomed to conflict. One of the most beautiful and profoundly meaningful practices of the great jihad is the ritual ceremony of ‘dhikr’ (zikr), an Arabic word that means memory... and in this context refers specifically to the memory of Allah... a personal reencounter - within a collective ceremony - with the mystery of the Real... in other words, with that which is cannot be defined, represented, or appropriated... that which is beyond physical or rational measure.

According to this tradition, only one organ is capable of accommodating such an immensity: the human heart. Sufism struggles to remain within the heart of Islam. And in suffering Chechnya, Sufism is the most widespread form of Islam. Vincent Moon and Bulat Khalylov recorded a beautiful, immersive form of the experience of this dhikr ceremony. 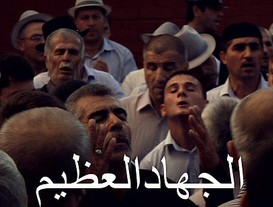 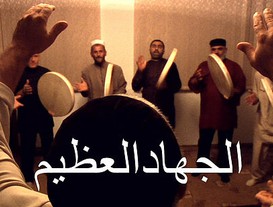 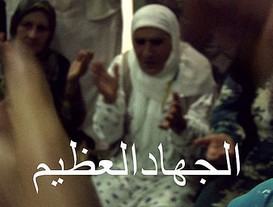 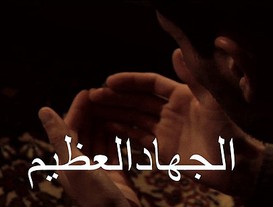