Consciousness, Creativity and the Brain. With David Lynch

Consciousness, Creativity and the Brain. With David Lynch is a lecture that forms part of a series of successful presentations given to students from different faculties in the United States. Award-winning writer, director, and producer David Lynch is joined by physicist John Hagelin, who was featured in the documentary 'What The Bleep Do We Know?' and neuroscientist Dr. Fred Travis, Director of the Center for Brain, Consciousness, and Cognition at Maharishi University of Management. Lynch, one of the few directors who pushes the boundaries of Hollywood, discusses his films and his 30-year relationship with Transcendental Meditation, and its role in his creative process. 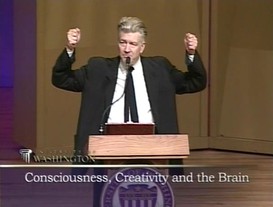 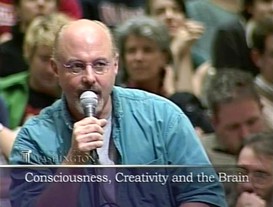