It's not hard to figure out that the men who are detained and handcuffed on the ground are actually two young bearded policemen wearing headscarves instead of their official police caps. There was no chase, not a single shot was fired. The scene can be served up in the media the following day as an exclusive scoop. Aside from us, nobody would be able to tell whether it is true or not. For those who actually witness the scene it seems too crude and fake to be believed, but cameras and editing can work wonders. The usual interview: "the enemy often steals or buys police uniforms in order to infiltrate..." Mere formalities. This is exactly what most situations of embedding end up becoming: a journalist waging a battle against military propaganda. 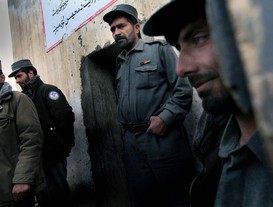 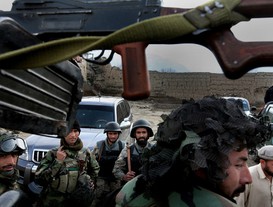