Documents the march by hundreds of U.S. veterans and survivors of Hurricane Katrina through the ninth ward of New Orleans on the third anniversary of the war in Iraq.

Veterans Kelly Dougherty and Tina Garnanez led the last leg of the week-long March for Peace and Justice from Mobile, AL to NewOrleans, LA. Kelly and Tina talk about being recruited in high school, what it's like to be a soldier in Iraq and why they went to New Orleans. Footage of New Orleans and Iraq devastation and Ritsu Katsumata's blues track punctuate a call for peace fromtwo young women who experienced war. While working on 20 Something, a series of portraits of young women intheir twenties, I met Kelly Dougherty, a young woman who was living in my hometownin Colorado. Kelly joined the National Guard when she was 17. She was still in highschool and desperately looking for a way to get money to go to college. In a pre-9/11 world, she thought that if she joined the National Guard she would help outwith natural disasters in Colorado. She did not expect to be shipped halfway aroundthe globe to occupy Iraq. When she returned from Iraq, she went to a peaceconference and became one of the founding members of Iraq Vets Against the War. WhenKelly told me about the Walkin' to New Orleans March for Peace and Justice, Idecided meet her in New Orleans and document her participation. I met Tina Garnanezat the march and found that her story was very similar to Kelly's. Walkin' toNew Orleans is my way of giving these two articulate young women an opportunity totell their stories to a wider audience. I made the video short so it can be usedwhere ever young people congregate as a counter to the slick lines and videos of themilitary recruiters. 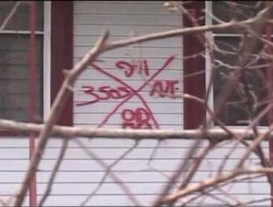 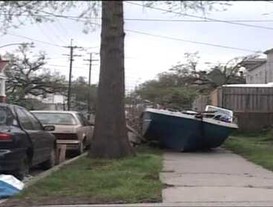 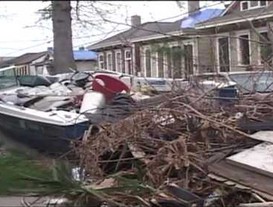 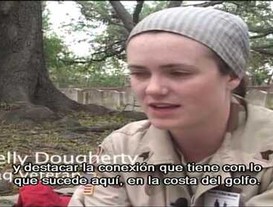 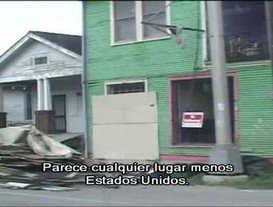 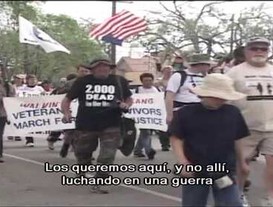 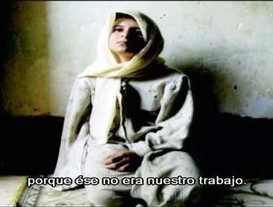 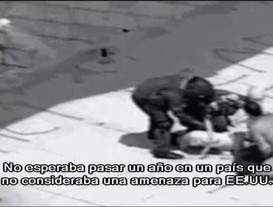 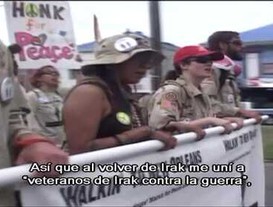 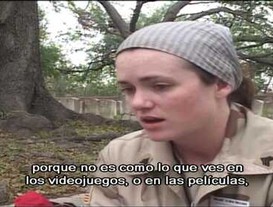 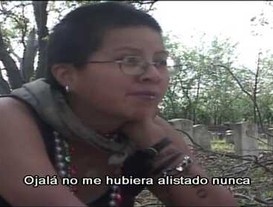