Wax Or the Discovery of Television Among the bees

In 1994, independent filmmaker David Blair created the first 3D online interactive film experiment: Waxweb.The hypermedia version of his digital film Wax or the Discovery of Television among the Bees. In Waxweb, images, sounds and text combine to form a non-linear story in which users can change the script by adding their own contributions that affect the course of the action.

Director Blair pieced Wax together over a period of six years, writing the film as he edited it, letting creative accidents and "directed random readings at the public library" (as Blair puts it) guide its creation. The result is a work much like the early structuralist films of British director Peter Greenaway, an obsessive, artificial history which has been fastidiously detailed with fragments of real and imagined facts. The film is set at a flight simulation factory in Alamagordo, New Mexico, where Jacob Maker (Wax's narrator, played by Blair) is a computer programmer. Jacob designs gun sight displays and lives with his wife Melissa near the weapons testing range. He is also a beekeeper, whose "Mesopotamian" bees have been handed down to him from his grandfather, Zoltan. These bees are not ordinary bees; they have the power to put thoughts and images into Jacob's mind, and Jacob soon realizes that he is able to personally identify with the weapons he is helping to create. One day the bees put a special "television" in Jacob's mind. Through the bee television Jacob is subject to a bizarre series of fictions and hallucinations, and is finally lead by the bees to their subterranean home: an enormous cave below the Alamagordo desert. In the cave it is revealed to him that he must actually become a weapon and destroy his "target" in Iraq, before rebirth in a new body.Wax wears its low-budget origin on its sleeve (it was shot on video) but has enjoyed an art-house reputation due to its wild imagination, its hybrid media existence as part-film-part-Internet-site, and its similarity to works of postmodern literature. Enthusiasts of Greenaway's early films, and readers of Jorges Louis Borges, Italo Calvino, and Thomas Pynchon, should look this one up. 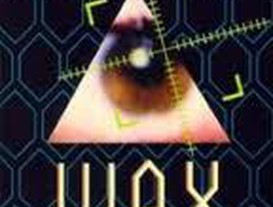