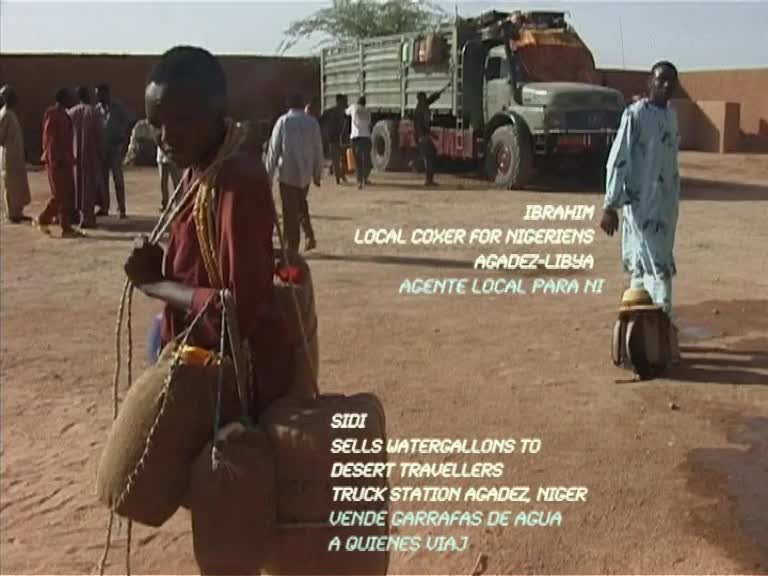 Transit migration through the Sahara is a large-scale collective experience that is best understood, perhaps, in its systemic dimension. Highly adjustable, these movements have generated prolific operational networks, systems of information and social organization among fellow migrants as well as interaction with local populations. The long-term video research Sahara Chronicle (2006-2009) works with a notion of geography both as social practice and organizing system. The project is an open anthology of videos on the modalities of migration across the Sahara. It introduces the migration system as an arrangement of pivotal sites, each of which having a particular function in the striving for migratory autonomy, as well as in the attempts made by diverse authorities to contain and manage these movements. Sahara Chronicle involved field trips to the transit migration hubs in Agadez and Arlit in Niger, in the Libyan desert, on the Algero-Moroccan border; Mauritania and the Western Sahara as well as the harbor where clandestine boat passages leave from Senegal to the Canary Islands. Sahara Chronicle is part of the collaborative art and research project The Maghreb Connection - Movements of Life across Northern Africa. 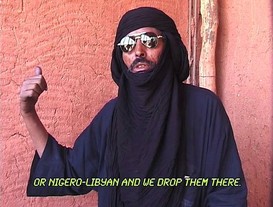 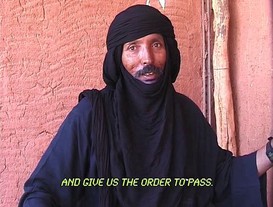 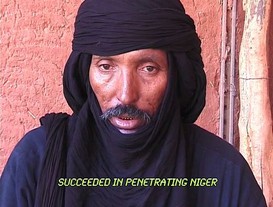 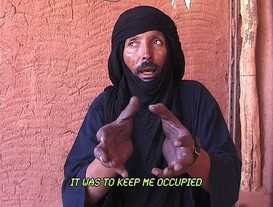 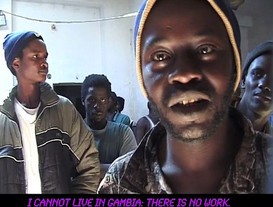 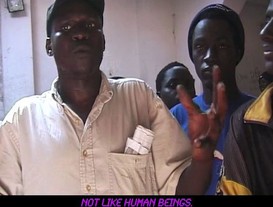 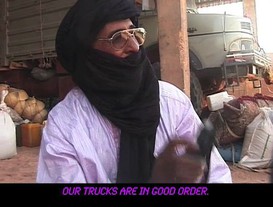