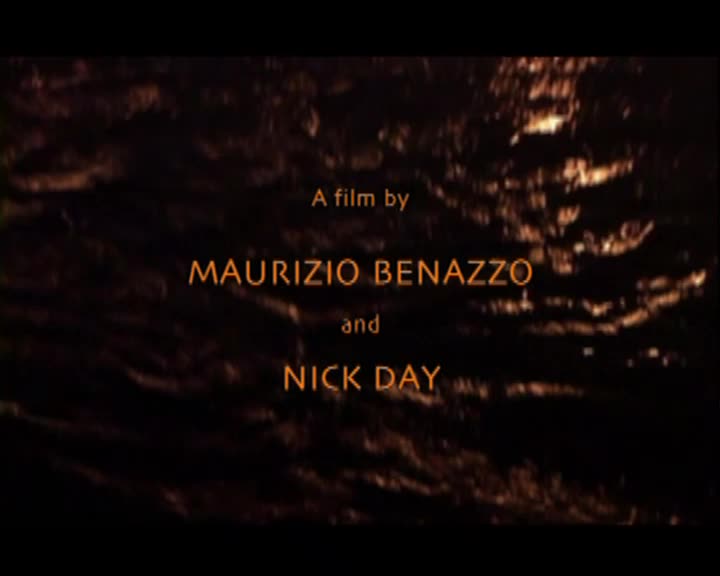 Short Cut to Nirvana is a film about the Kumbh Mela, the biggest gathering of people in the history of humanity – although few in the West have ever heard of it. More than 70 million pilgrims attend this spiritual festival which has been held every twelve years near Allahabad, India, for over two millennia.

The Kumbh Mela is the biggest gathering of people in the history of humanity – although few in the West have ever heard of it. More than 70 million pilgrims attend this extraordinary spiritual festival, which has been held every 12 years near Allahabad, India, for over two millennia. A vast tent city is established to accommodate the masses, and many of India's greatest gurus and spiritual leaders set up camp to give discourses to their devotees. On certain auspicious days everyone takes a holy dip at the confluence of two actual rivers - the Ganges and Yamuna - and a mythical river, the Saraswati. On the main bathing day, more than 25 million people bathe in the sacred waters. This single act of faith is believed to cleanse the sins of a thousand lifetimes and secure release from the endless cycle of rebirth – literally a short cut to the state of purest bliss… nirvana. Short Cut to Nirvana: Kumbh Mela takes a voyage of discovery through this vivid and vibrant world, accompanied by an irrepressible young Hindu monk, Swami Krishnanand, and several Westerners, each on their own spiritual quest. We encounter some of the Kumbh Mela's wisest and most fascinating characters, including an ascetic sadhu who has held his arm in the air for over 20 years, another who sits on a throne of nails, a Japanese devotee who is buried in a pit for three days, and a guru who proposes that Americans would do well to start meditating for three hours each day. We also spend moments in the company of an honored guest, the Dalai Lama, as senior leaders of Hinduism and Buddhism join together in an historic moment of unity. More than a simple account of the Kumbh Mela, this film is a sensory experience of an ancient, grand occasion, a swirl of color and motion, song and cacophony, the sacred and the surreal -- spiritual India exactly as anyone would hope to find it. And from this ancient tradition comes a powerful and uplifting message of harmony, unity, and peace for all humanity. 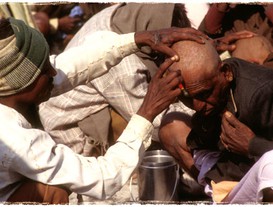 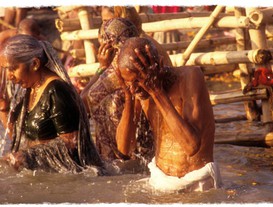 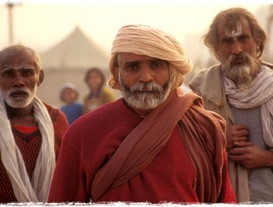