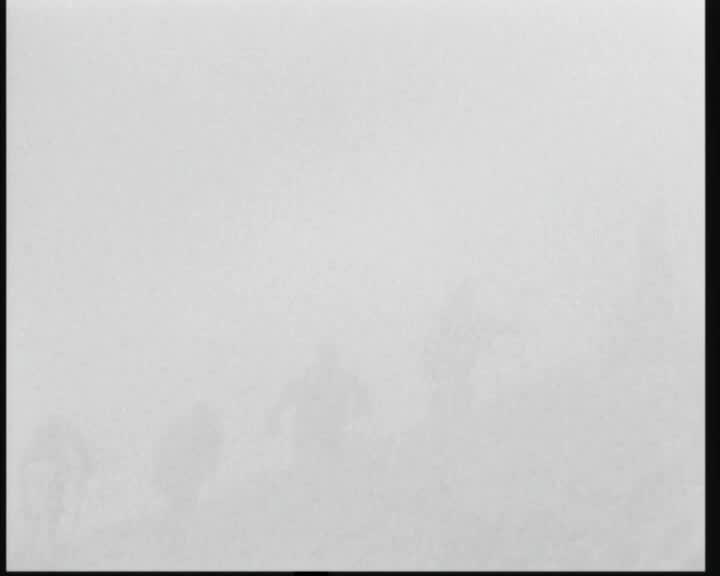 A hand-processed film in which thousands of people climb a rocky mountain terrain. The destination and purpose of their ascension remains unclear. A vague, mysterious and unsettling pilgrimage fraught with unknown intentions.

“The Coming Race is a perplexing combination of film and sound. The film commences with an indistinct image in tones of grey, which leads into a further indistinct image with areas of movement. As the film progresses, it becomes clear that the movement recorded is a group of figures, seemingly journeying across bare rock. The grainy quality of the film adds to the ambiguity of the action and the image, hampering our efforts to determine what we are watching. The soundtrack further impedes our efforts toward definition, acting as an unceasing and suggestive tease.The aesthetic of Ben Rivers' films is somewhat surreal. The grainy black and white images, shot on 16mm film, contrast with the crisp, technicolour images many of us encounter daily. The films have an eerie, transient quality that challenges all notions of scale, perspective and stability. In We The People, this is embodied as a regular pattern of expansion and contraction, resembling a heart-beat or respiration. In The Coming Race indistinct haze drifts over the image, clouding our vision. The sound, adding to the disorientating effects of Rivers' work, could be considered as a film itself: a coating that obscures the clarity one is compelled to search for. Being neither rhythmic nor melodic, the soundtrack accompanying each film can only be described as sound or, after five minutes amplified in the gallery, noise. The link between the film and the sound is incongruous; there is a sense of disharmony that leads me to consider the apparent similarity in formal structure between the sound and the image. Though Rivers' films and soundtracks definitely start and stop, they can hardly be described as having a beginning and end. The films seem to deny any narrative structure, or standard progression and consequence, and operate more fully as a glimpse, a snapshot of a particular action, space or time. Rivers often initiates work out of an interest in documentation. Film and video are essential methods of documenting current affairs and a whole range of human activity. Desiring to know if ‘The Coming Race' is a significant phrase, I consult Wikipedia. According to ‘Vril: The Power of the Coming Race', a book published in 1870 by Edward Bulwer-Lytton, the coming race are a ‘superior subterranean master race'; descendents of the inhabitants of Atlantis, an ancient island fabled to have sank into the ocean. The reported reaction to ‘Vril', which was considered by some a work of fact, mirrors perfectly part of the context for Ben Rivers' work, considering truth and falsehood. Appearances can be deceiving: photography and cinematography have long been embroiled in a dialogue surrounding the distinction between the real and the imagined. Rivers' work illustrates the fact that film is as much a medium for abstractly interpreting the world as paint is.” Bianca Winter – Surface Gallery, Nottinghamy feet on loose stone. 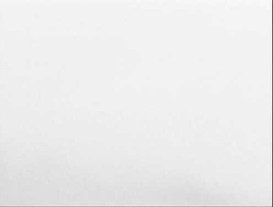 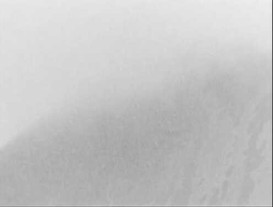 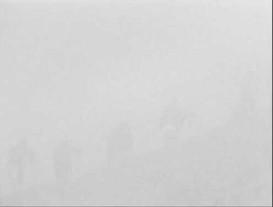 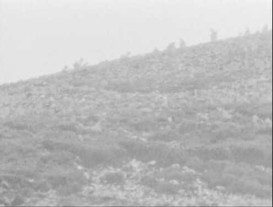 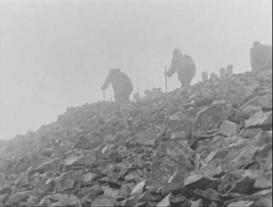 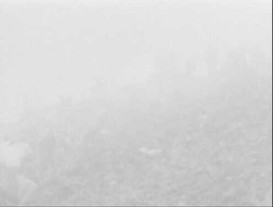 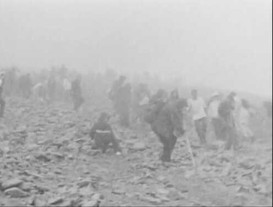 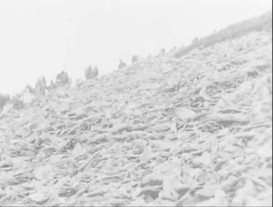