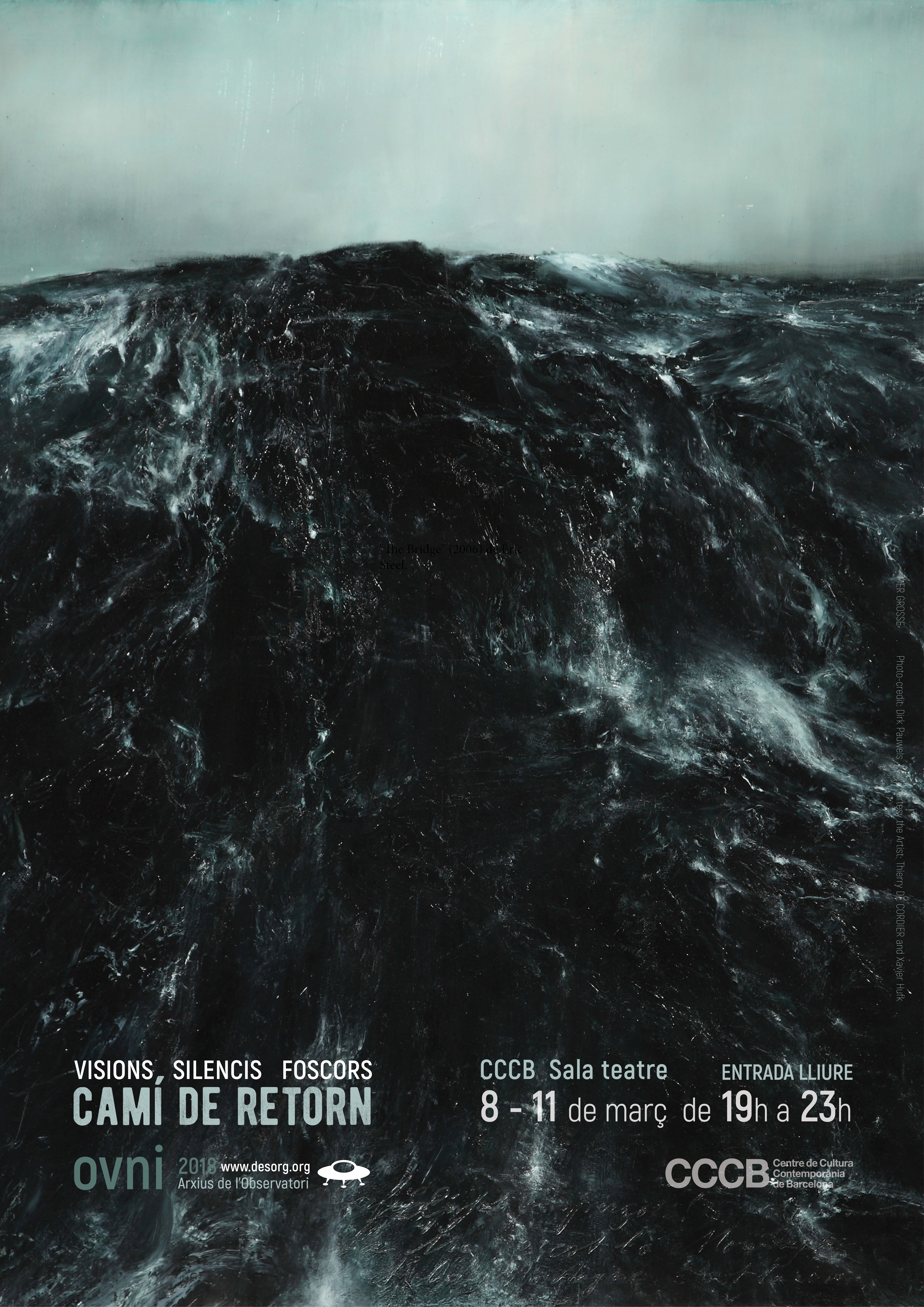 A few years ago – just after OVNI The Border as Centre (and perhaps as a consequence of it) – we entered a period of introspection. And in that inward-looking space, certain images from Bela Tarr’s film The Turin Horse (1) kept returning over and over again. In particular, three sequences:

In the first, an elderly man struggles to drive his horse and loaded cart through a fog-filled landscape. After a while, we begin to understand the need for so much effort: the driver is one-armed, and a cart intended for two horses is being pulled by just one. Something is missing in this soulless world. A profound lack of balance is causing it to crack and at the same time bringing it to a standstill. The mutilated substance of that which animates it, mutilated itself, is crushed under its own weight and sinks on its blind side. Every gesture, every task, even eating, is arduous.

In the second scene, a character appears on screen and delivers a wild, lucid monologue about the course the world has taken: “everything has been debased that they’ve acquired (…) whatever they touch – and they touch everything – they’ve debased (…) Acquire debase, debase, acquire. Or I can put it differently if you like: to touch, debase and thereby acquire, or touch, acquire and thereby debase. It’s been going on like this for centuries (….) Because this is not some kind of cataclysm, coming about with so-called innocent human aid. On the contrary, it’s about man’s own judgement.”

The cart driver’s answer is laconic: “Come off it, that’s rubbish”. (2)

Then, the wind, the barren plain, the loneliness.

In the third scene, near the end of the film… as night falls, the two main characters, father and daughter, try to light an oil lamp or at least a candle but they are unable to do so. Light has already left that world.

Light is leaving the world.

For months and months, as we were saying, these images played over and over inside us, suggesting a possible path but also imperceptibly plunging us into their dense fog. We tried to navigate inside it but we could barely see our hand stretched out before us. So we walked for a time through that invisible world, and little by little we learnt to trust that fog, that not-knowing, that not-seeing with our eyes, until we came, in a sense, to recognise ourselves in it… Once this state had stabilised we shared it with the rhizome that gives rise to ovni, and this was how a few people came to talk to us about death and deaths (3) … and how the “Path of Return” unexpectedly opened up in the fog, not denying it but rather incorporating it like a veil that protects the mystery that surrounds us and runs through us at every moment.

And so this OVNI of fog takes us on a journey through the middle world, the experience of physical death and of the deaths of the ego.

Instead of a regular video programme, it takes the form of a rite of passage in which visions (videos), texts, sounds, rituals, and breaths are interwoven with shared silence and darkness.

To open up our vision (4), to open up to the awareness of that which we call film, video… those strange projections of light and shadow that portray worlds and lives, landscapes and feelings that arise in the dark cave of the screening room. It is there, in that shared or solitary darkness, that visions of worlds are incubated… before the emergence of boundaries between the real and the unreal, wakefulness and sleep, life and death… Visions on a white screen that will remain white once the visions of the worlds have disappeared. (5)

Perhaps an old wound in our culture and our lives is thus healed, the hemispheres come together, other eyes open, and the Turin horse is no longer beaten. (6)

So as not to separate death from life, each day’s journey will begin by passing through the gates of dreams – death’s twin – and trance, exploring the rituals of farewell and dissolution of the body… A contemplation of dissolution that will lead us to the grateful contemplation of life.

So Path of Return unfolds as a rite of passage, a journey that we recommend making in full each day (*), to aid in a good crossing through intense and sometimes difficult inner landscapes that may perhaps help us to regain the perception of the unlimited, inappropriable, unrepresentable nature of the Real.

The CCCB Theatre will open at 7pm. Once the programme starts the doors will remain closed, opening at least twice more in the course of each evening. The Lobby of the Theatre will be open from 7 to 11pm, and a room nearby will be fitted out and equipped with audio recordings for those waiting.