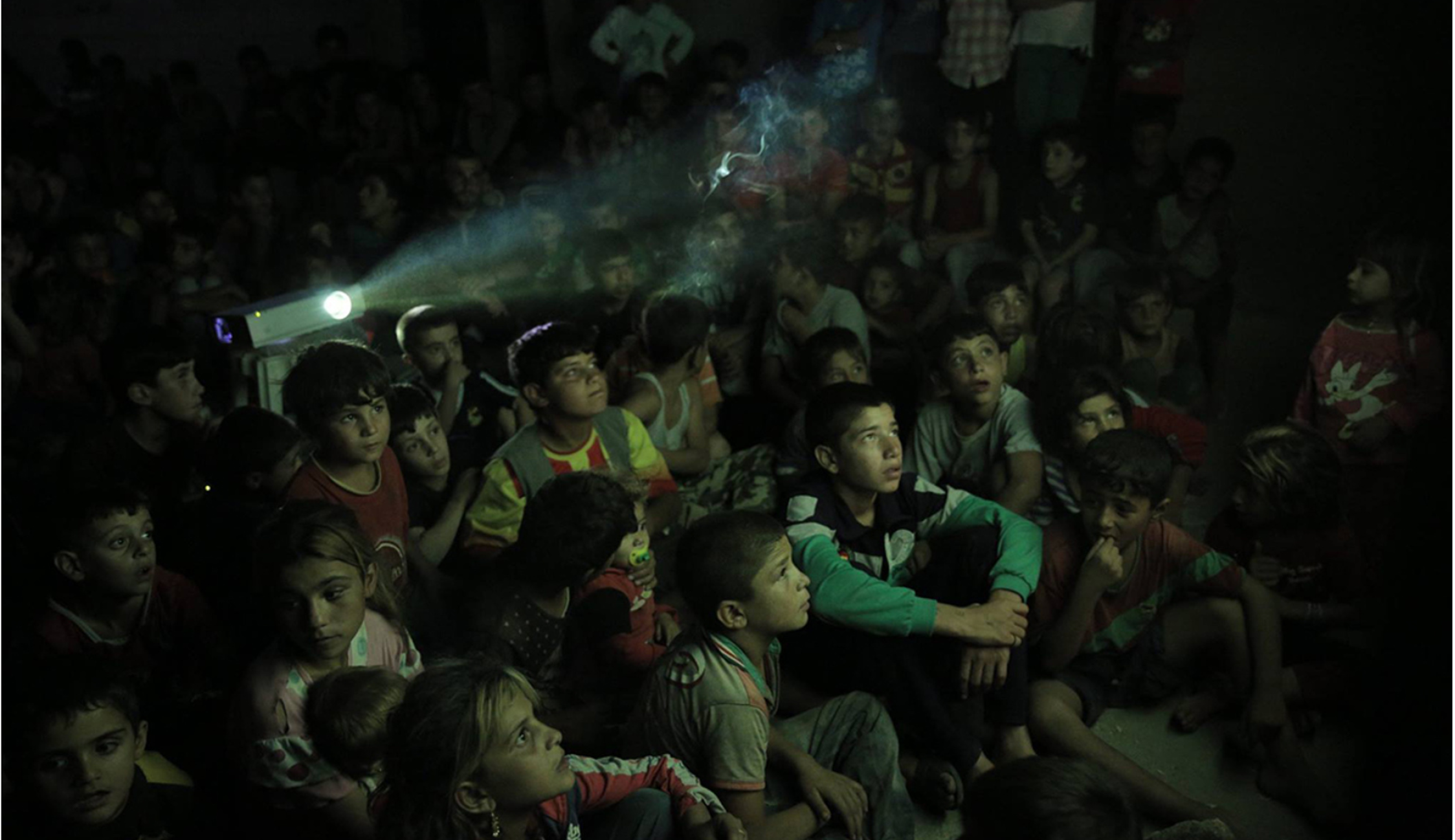 OVNI has collaborated with the Rojava Film Commune in a project aimed at researching, screening, and promoting their work in Spain, Italy, and France. A process of investigation through videos, texts, and meetings, in order to listen to their voices and understand their struggle together. We have created a website that you can visit link.

Komîna fîlm a Rojava (Rojava Film Commune) is a collective of filmmakers founded in 2015, based in the autonomous Rojava region in the Federation of Northern and Eastern Syria. The Commune is actively working in the region to rebuild and reorganise filmmaking and film education infrastructures.
The Rojava Film Commune was established to promote local film culture by organising film screenings, facilitating discussions on the role of film within society, producing new films, and setting up a Film Academy. Following the 1960 fire in Rojava’s only cinema in the city of Amude—which saw the death of 298 children trapped inside—the Commune aims to reclaim film as a central space for reimagining society, by democratising and revolutionising the imagination itself.
The Commune has educated a new generation of Rojava filmmakers, organized screenings in cities and villages, and produced new films. It seeks to represent the values and ideals of the Rojava Revolution, but also to mediate and depict the daily struggles in the Syrian civil war and Rojava’s collective attempt to build a new society.
The Rojava Film Academy provides education for aspiring filmmakers in Northern Syria. Founded in 2015, it offers one-year programmes, with courses on international film history, Kurdish film history, film theory, photography, cinematography, script writing, editing, and sound design, taught by local and international film professionals.
The Academy is self-organized and non-hierarchical, encouraging students to participate in every aspect of its organization. Exchange networks have also been set up with other academic, media, and news platforms, and with civil society organizations, in order to engage in broad discussions and create screening possibilities. Considering the influx of foreign filmmakers and journalists to Rojava, it is important for the Commune to reclaim the representation and imagination of the revolution.
After decades of oppression of Kurdish language and culture, the Rojava Film Academy aims to revitalize local film culture, reclaiming the power to narrate and imagine one’s dreams and realities. After the Syrian Civil War started, the predominantly Kurdish northern region declared the Autonomy Administration, creating structures based on grassroots democracy, women’s liberation, and cultural diversity.
The Academy bases its methodology on ‘revolutionary realism’, i.e. a realism that does not merely reveal the current reality in a new way, but also restructures the reality of the possible. As well as finding forms to express things as-they-are, it creates the opportunity to imagine the not-yet-present, the ‘eternal becoming’ that is the revolution itself.