From 4th to 6th November

To decolonize vision would be to return it, to integrate it into the body and the other senses, to integrate it into place, its forces and emptiness... to rescue it from the tyranny of the merely optical and open it up to the “other eyes” of the body and the mind, to make it whole. Also, to open up dialogue with the power of vision that the dominant culture in the West excluded or dissected until it was extinguished.
Toni Serra *) Abu Ali

The selection of videos presented in the Migrant Knowledge project puts forward alternative constructions of thought, analysis, and reflection concerning migrations. It does so through a plurality of views, experiences, memories, and stories that converge in a three-day program live at the Centre Civic Can Felipa, and a two-week online audio-visual menu, based on a selection of videos from the Archives OVNI – Observatory of Unidentified Video.

In the face of an understanding of multiculturalism as a space that is predefined and negotiated by power, the institution, and violence, the “other” is partitioned and enclosed. Thus, it is increasingly urgent and necessary to come together and exchange knowledge and experiences so as to bring about a profound transformation of the notions that have shaped the globalized world. This entails a radical redefinition of the notions of time, work, culture, and of the persistence of a single model with totalitarian tendencies. To start a process of decolonization by deconstructing and transforming the notions and beliefs that have shaped our societies.

Modern colonialism is not only a historical phenomenon, it is primarily an attitude towards life and the world. A way of looking that divides and dissects all things, a way of looking that creates and projects ”otherness”, and sees it as a space to be occupied: as territory, culture, even time, to be colonized. By its very nature it can neither understand nor put into practice an organic unity of things, or of life, let alone of economics. It perpetually needs the “other”, to the point of severing it from itself.

The selected program of videos includes resistances from various origins and languages, which are deployed against the imposition of single, hegemonic thought. Stories that make it possible to think, to build other worlds and to discover existing ones that are often hidden by screens of ignorance and prejudice, and by stereotyped images of the “other.”

The video selection is curated by Toni Cots. The program is organized by Jiser and the OVNI Archives, and is part of the process of reflection carried out by the Migrant Knowledge collective.

Jiser, which means “bridge” in Arabic, is a non-profit association based in Barcelona, whose objective is to promote artistic creation and the use of art as a tool for social transformation in the Euro-Mediterranean space, by carrying out activities that promote the exchange and rapprochement between different artistic and cultural realities in the region.

The OVNI Archives compile and document a three-decade history, from analog video to digital video in the time of ‘social’ networks. The materials contained in the Archives are the result of various thematic research projects, a whole constellation of titles with the common denominator of free expression and reflection on individual and collective fears and pleasures, coming together to build a multi-faceted vision, like thousands of small eyes that deepen and explore our world, or announce other possible ones. A research process in which the main values are heterogeneity, contradiction, and the subjectivity that the Archives spring from. In itself, they are an antidote for cloning and repetition in the era of hyper-connectivity.

Migrant Knowledge is a group made up of activists, artists and researchers who bring their diverse experience and background to a process of critical and collective reflection on the symbolic and institutional violence that affects migrants and/or racialized people. It aims to create communal spaces that draw attention to and fight against the mechanisms that legitimize the exercise of this violence, and create narratives of resistance that support the right for people who migrate to have rights.

This process is woven together by connecting artistic practice and reflection. It is open to a plurality of stories, and it is flexible in its path... It defends not only the exercise of critical consciousness, but also the carrying out of actions that transform situations of discrimination, racism, and inequality.

London "I don't call it rioting, I call it an insurrection"

An interview with writer and local resident Darcus Howe on the events that took place in London in 2011. "Have some respect for an old West Indian 'negro' " "I don't call it rioting, I call it an insurrection...of the masses of the people!»

An archive-driven documentary covering the most daring moments in the struggle for liberation in the Third World, as well as an exploration into the mechanisms of decolonization through text fragments from Frantz Fanon’s The Wretched of the Earth.

A French government report explaining the reasons why it was impossible to accept Algeria’s independence.

Drawing from stories of flight, exile, interminable waiting and arrest, and persecuted lives on both sides of the wall that divides the Western Sahara, Territoire perdu bears witness to the Sahrawi people, their land and their entrapment in other people’s dreams. The film juxtaposes sonorous landscapes, black-and-white portraits and nomadic poetics.

Session in collaboration with the Barcelona Independent Film Festival, l'Alternativa.

A letter to the republic to all those racists of hypocritical tolerance, who have built their nation on blood, and now they boast of being moralists.

Under the guise of a traditional African oral tale, a storyteller from Senegal tells us a story that is not a legend or traditional fairy tale, but his own life.

Anya displays a double trajectory. On one side, an exploration of the imagined frontier that makes up the Bosphorus, and on the other a tale, recounted offscreen, of a young Iraqi woman waiting for a visa for Australia during 12 years. A waiting time made of hope, disappointments and forced perseverance.

Parallel testimonies of Youssoupha, a rap artist and Thomas. Evocation of rap as an object of censorship, often criminalised by successive governments, and as a weapon of political struggle, far removed from the clichés of commercial rap.

Fourteen young Moroccan newcomers to a reception center for minors in Spain agree to participate in a theatre workshop. It is the thin line that separates their recent past from their uncertain future. What is theatre but a full experience of the present?

With the presence of the director 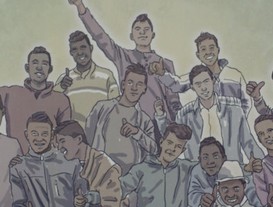 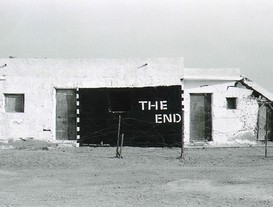 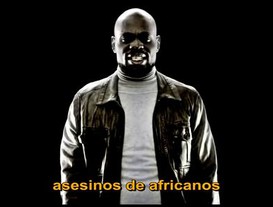 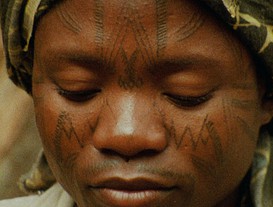 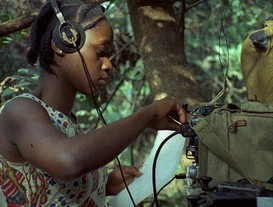 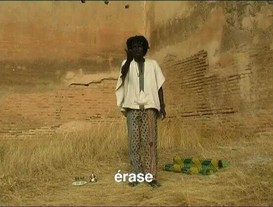 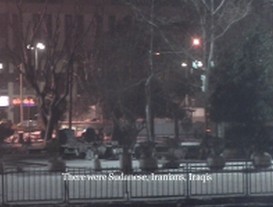 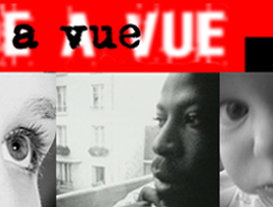