New-York based Israeli artist. His documentary Local Angel (2002) is a continuation of his work as a fine artist, which includes his project The Book of Sham (1995) and the interactive exhibition Re-U-Man (Metropolitan Museun, New York, 1996). In what is described in the film’s subtitle as “theological political fragments”, Aloni examines the fundamental causes and contradictory manifestations of the Israeli-Palestinian conflict. A journey of discovery, intellectual pilgrimage, a personal yet political post secular odyssey, combining poetry, music and images. The heart of the film is Udi's effort to understand the theological-political background he inherited from his mother, Shulamit Aloni, founder of the Israeli Civil Rights Movement and a leading peace activist. 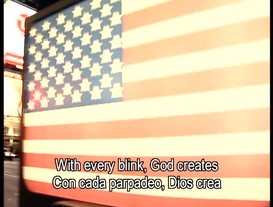