Basma ALSHARIF is an Artist/Filmmaker of Palestinian origin born in Kuwait, raised between France and the US. Since receiving a Master of Fine Arts in 2007 from the University of Illinois at Chicago, she developed her practice nomadically between Cairo, Beirut, Sharjah, Amman, and the Gaza Strip. Basma's work centers on the human condition in relation to shifting geopolitical landscapes, natural environments and history. She works in cinema, photography and installation; major exhibitions include: les Module at the Palais de Tokyo, Here and Elsewhere at the New Museum, the Jerusalem Show, Yamagata Documentary Film Festival, the Berlinale, the Sharjah Biennial, Videobrasil, and Manifesta 8. She received a jury prize at the Sharjah Biennial 9, the Marion MacMahon award at Images, and received the Marcelino Botin Visual Arts grant. Basma is represented by Galerie Imane Farés in Paris, distributed by Video Data Bank and Arsenal, and is currently based in Los Angeles. 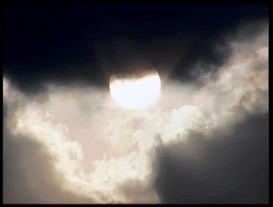 We Began by Measuring Distance