Ira Cohen New York, 1935- 2011. Ira Cohen was an innovative and original poet, photographer, filmmaker, publisher, and editor. A self-described "Electronic Multimedia Shaman", he was an active humanist from the 1960s to the present. Mr. Cohen was educated at Horace Mann, Cornell and Columbia. He spent the early 1960s in Tangier, Morocco, where he lived and worked with William S. Burroughs, Brion Gysin, and Paul Bowles. While there, he prepared his first major work; editing and publishing the anthology Gnaoua (1964). This volume contained work by William S. Burroughs, Brion Gysin, Jack Smith, and others. http://en.wikipedia.org/wiki/Ira_Cohen 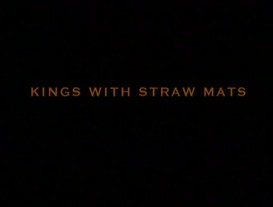