Toni Cots is an actor, researcher, teacher and director of Performing Arts, and manager of international cultural projects. Has studied contemporary dance in Europe and different theatre traditions and martial arts in India, Bali and Japan. For 10 years has been an actor of Odin Theatre, and a staff member of ISTA – International School of Theatre Anthropology until 1985. Has directed cultural and theatre programs, activities and festivals in different countries and cities (Sitges, Copenhagen, Amsterdam, Barcelona, etc.). Has generated international cultural projects related to social issues in different countries as well as contexts. His cultural projects, artistic works and workshops, as Basho and on his own, have been presented and implemented in Europe, Southern Mediterranean region, Latin-America and Asia. Between 2001 and 2010 has generated and coordinated, together with the dance company Malpelo, the research and creation centre L’animal a l’esquena, in Girona, Spain. Between 2007 and 2010 is the director of the MA in Contemporary Arts Practice & Dissemination. From 1999 to 2019 is part of the editorial board of Performance Research (Routledge). Currently is a founding member of Cra’p. 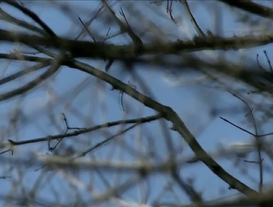