Pablo Domínguez obtained his 5 years Graduate degree on Biological Sciences, Specialty Environment, at the Autonomous University of Madrid in 2001. In 2004 he obtained a Masters on Social Anthropology at the École des Hautes Études en Sciences Sociales de Paris (EHESS) and the Universitat Autònoma de Barcelona (UAB). Since then he has published more than 20 scientific works, participated in 3 books, given 25 communications at national and international conferences in 6 different countries of 3 continents, given short field courses, directed pre-graduate and post-graduate pupils’ works and have been awarded with 23 grants and prizes. He defended his Phd on Social Anthropology in October 2010, in Paris, in the framework of a co-direction between the EHESS and the UAB, and was Lecturer at the Anthropology Department of the UAB until September 2011. Since February 2012 and till now, he is a Research Fellow at the School of Anthropology and Conservation at Kent University (UK). His thesis dealt with Berber populations of the High Atlas of Morocco. From a Social and Environmental perspective, through qualitative and quantitative methods and for the last 10 years, his main research interests treat the relations between the cultural representations and the social uses of the Environment in order to walk towards a increasingly holistic eco-anthropology. 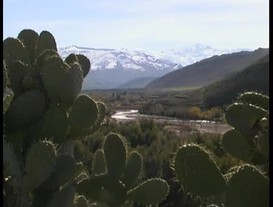