Known for her documentary films on spirituality and mysticism, Aryana Farshad is an award-winning international film maker. Over the past decade she has been commissioned to make several films for different non-profit foundations in US, Iran, London, Turkey and India. Aryana is the recipient of “Audience Favorite Award”, “Telly Award”, and “Davey Award”. In addition, she received the prestigious ABU Award for editing a documentary film entitled “Immigrant Birds.” Aryana is a still photographer and her work was exhibited at LACMA, and Einsen Gallery. She also has the distinction of being the first Iranian/American interviewed on KCET (PBS Los Angeles) BY VAL ZAVALA. Previously, Aryana worked at COLUMBIA and MGM.

Currently, Aryana lectures at major universities, museums, and various non-profit organizations. She has lectured at: The British Museum of Arts, LA County Museum of Arts, UC Berkeley, Stanford University, Fes Sacred Music Festival in Morocco, Parliament of the World Religions in Barcelona, and the Gene Siskel Film Center in Chicago. For her latest project “Longing for the Soul; A Quest for Rumi”, she received a “Bijan & Soraya” Grant.

Aryana’s work is punctuated with the underlying idea of gaining a more accessible grasp of long elusive social and spiritual enigmas that continue to impact and confound people the world over. Her approach has the ability to tap into the very essence of the subject, infusing the narrative with her seasoned cinematic touch. 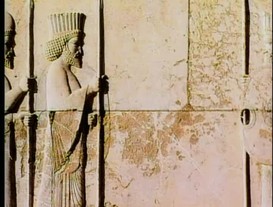