Fusco's performances and videos have been presented in the 56th Venice Biennale, Frieze Special Projects, Basel Unlimited, two Whitney Biennials (2008 and 1993), and several other international exhibitions. Her works are in the permanent collections of the Museum of Modern Art, The Walker Art Center, the Centre Pompidou and the Museum of Contemporary Art of Barcelona. She is represented by Alexander Gray Associates in New York.

Fusco is the author of Dangerous Moves: Performance and Politics in Cuba (2015). She is also the author of English is Broken Here: Notes on Cultural Fusion in the Americas (1995) The Bodies that Were Not Ours and Other Writings (2001), and A Field Guide for Female Interrogators (2008). She is the editor of Corpus Delecti: Performance Art of the Americas (1999) and Only Skin Deep: Changing Visions of the American Self (2003). She contributes regularly to The New York Review of Books and numerous art publications.

Fusco received her B.A. in Semiotics from Brown University (1982), her M.A. in Modern Thought and Literature from Stanford University (1985) and her Ph.D. in Art and Visual Culture from Middlesex University (2007).

Fusco is a Professor at the Cooper Union School of Art. 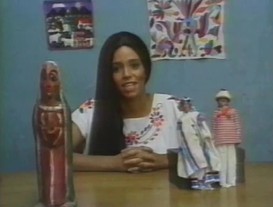