George Kuchar ranks as one of the most exciting and prolific American independent film and videomakers. With his homemade Super 8 and 16mm potboilers and melodramas of the 1950s, 60s, and 70s, he became legendary as a distinctive and outrageous underground filmmaker whose work influenced many other artists, including Andy Warhol, John Waters, and David Lynch. After his 1980s transition to video, he remained a master of genre manipulation and subversion, creating hundreds of brilliantly edited, hilarious, observant, often diaristic videos with an 8mm camcorder, dime-store props, not-so-special effects, using friends as actors, and the “pageant that is life” as his studio. Video Data Bank. 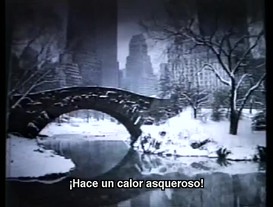 Cult of the Cubicles