Roser Corella is an Independent Documentary Filmmaker currently based in Berlin. After her degree in Visual Arts at University of Barcelona, she completed her studies at Städelschule in Frankfurt, with Wolfgang Tillmans as supervisor of her Photography Project, and in Cuba at EICTV – International School of Cinema and TV. Roser began her career as video-journalist for the Catalan TV, but her interest in human stories behind global issues moved her to start self-producing and developing a personal vision within the documentary field. Her work has been shown worldwide, winning numerous awards. Alongside her personal work, Roser collaborates with international media. Her fascination for the documentary genre has led her to travel the world in search of stories that deserve to be told. Not only to witness but to challenge and raise critical questions about contemporary societies.​

In 2016, Roser founded together with Ana Catalá, Moving Mountains Films, an independent film Production Company based in Berlin, hence with a worldwide perspective. They produce creative films for Art-house Cinema and TV, developing engaging visual narratives with a strong social and ethnographic connotations. The films are characterized by a clear authorial imprint, a style that combines creative narrative and global issues. 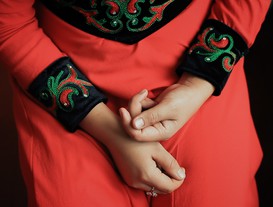