DeeDee Halleck is a media activist and co-founder of Paper Tiger Television and the Deep Dish Satellite Network, the first grass roots community television network. She is Professor Emerita in the Department of Communication at the University of California at San Diego. Her first film, Children Make Movies(1961), was about a film-making project at the Lillian Wald Settlement in Lower Manhattan. Her film, Mural on Our Street wasnominated for Academy Award in 1965. She has led media workshops with elementary school children, reform school youth and migrant farmers.

In 1976 she was co-director of the Child-Made Film Symposium, which was a fifteen year assessment of media by youth throughout the world. As President of the Association of Independent Video and Film Makers (AIVF) in the seventies, she led a media reform campaign in Washington, testifying twice before the House Sub-Committee on Telecommunication. She has served as a trustee of the American Film Institute, Women Make Movies and the Instructional Telecommunications Foundation. She has authored numerous articles in Film Library Quarterly, Film Culture, High Performance, The Independent, Leonardo, Afterimage and other media journals. Her book, Hand Held Visions: the Impossible Possibilities of Community Media is published by Fordham University Press. She recently co-edited a book for M.E. Sharpe, publishers, entitled Public Broadcasting and the Public Interest.

As professor in the Department of Communications at the University of California, San Diego, Halleck taught courses in the history of telecomunications, telecommunications policy, production of television and the history of community media in the United States. Links to information about her courses can be found at: http://communication.ucsd.edu/people/f_halleck.html In 1989 she received a Guggenheim Fellowship for an ecological series for the Deep Dish Network.

She received two Rockefeller Media Fellowships for The Gringo in Mañanaland, a feature film about stereotypes of Latin Americans in U.S. films, which was featured at the Venice Film Festival, the London Film Festival, a special jury prize at the Trieste Festival for Latin American Film, and first prize from the American Anthropological Association's Visual Anthropology Division.

Her recent film, Ah! The Hopeful Pageantry of Bread and Puppet was shown at the Woodstock Film Festival, the Vermont Film Festival and the Dallas Video Festival. It will be premiering on Vermont Public Television in April, 2003. She has received three awards for life time achievement: The George Stoney Award from the Alliance for Community Media; The Life Time Achievement Award of the National Alliance for Media Arts and Culture (NAMAC) and the Herbert Schiller Award from the 2003 Schmio Awards. Her work has been featured in installations at the Whitney Museum of American Art, the Austrian Triennial of Photography, the Wexner Center, the Gallery at the SanFrancisco Art Institute, the Fort Lauderdale Museum of Art, the Bellevue Art Museum and the Berkeley Art Museum.

She co-coordinated a twelve part series on the prison industrial complex in the United States entitled, Bars and Stripes. She is a member of the MacBride Roundtable on International Communication, a member of the board of directors of the Instructional Telecommunications Foundation and a Board Member of Our Media, an international organization to promote citizens. 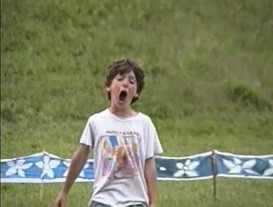 Ah! The Hopeful Pageantry of Bread and Puppet 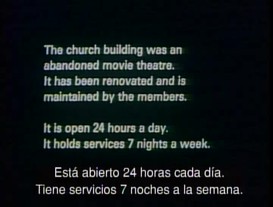 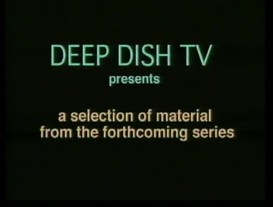 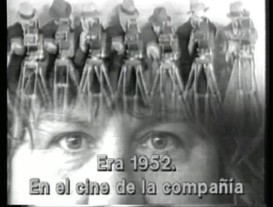 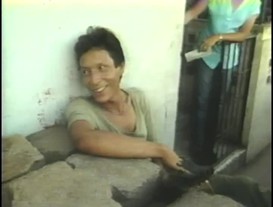 Waiting For the Invasion 1983