Peter Watkins (born 29 October 1935) is an English film and television director. He was born in Norbiton, Surrey, lived in Sweden, Canada and Lithuania for many years, and now lives in France. He is one of the pioneers of docudrama. His movies, pacifist and radical, strongly review the limit of classic documentary and movies. He mainly concentrates his works and ideas around the mass media and our relation/participation to a movie or television documentary. Nearly all of Watkins' films have used a combination of dramatic and documentary elements to dissect historical occurrences or possible near future events. The first of these, Culloden, portrayed the Jacobite uprising of 1745 in a documentary style, as if television reporters were interviewing the participants and accompanying them into battle; a similar device was used in his biographical film Edvard Munch. La Commune (Paris, 1871) reenacts the Paris Commune days using a large cast of French non-actors. In 2004 he also wrote a book, Media Crisis, an engaged essay about the media crisis, the monoform and, foremost, the lack of debate around the construction of new forms of audiovisual media. After studying acting at the Royal Academy of Dramatic Art, Watkins began his television and film career as an assistant producer of short TV films and commercials; and in the early 1960s was an assistant editor and director of documentaries at the BBC. All of his films have either been documentary or drama presented with documentary techniques, sometimes portraying historical occurrences and sometimes possible near future events as if contemporary reporters and filmmakers were there to interview the participants. Watkins pioneered this technique in his first full-length television film, Culloden, which portrayed the Jacobite uprising of 1746 in a style similar to the Vietnam War reporting of the time. In 1965, he won a Jacob's Award for Culloden at the annual presentation ceremony in Dublin. The scope and formal innovation of Culloden drew immediate critical acclaim for the previously unknown director, and the BBC commissioned him for another ambitious production, the nuclear-war docudrama The War Game, for The Wednesday Play series. The production was subsequently released to cinemas and won the 1966 Academy Award for Documentary Feature, eventually being screened by the BBC on 31 July 1985 after a 20 year ban. His reputation as a political provocateur was amplified by Punishment Park, a story of violent political conflict in the United States that coincided with the Kent State Massacre. Opposition to war is a common theme of his work, but the films' political messages are often ambiguous, usually allowing the main characters to present violently opposing viewpoints which in many cases are improvised by the cast: in Punishment Park, the soldiers and dissidents were played by nonprofessional actors whose political opinions matched those of their characters so well that the director said he feared actual violence would break out on set. He took a similar approach in his Paris Commune reenactment La Commune, using newspaper advertisements to recruit conservative actors who would have a genuine antipathy to the Commune rebels. Watkins is also known for political statements about the film and television media, writing extensively about flaws in television news and the dominance of the Hollywood-derived narrative style that he refers to as "the monoform". After the banning of The War Game and the poor reception of his first non-television feature, Privilege, Watkins left England and has made all of his subsequent films abroad: The Gladiators in Sweden, Punishment Park in the United States, Edvard Munch in Norway, Resan (a 14-hour film cycle about the threat of nuclear war) in ten different countries, and La Commune in France. Freethinker: The Life and Work of Peter Watkins, is a forthcoming biography by Patrick Murphy, a Senior Lecturer in Film and Television at York St John University and Dr John Cook. It is being compiled with Watkins' active help and participation. 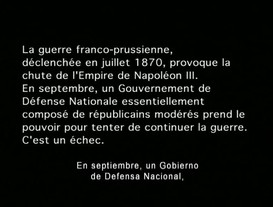 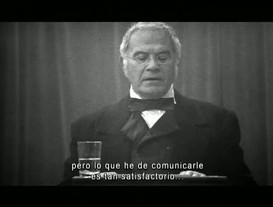 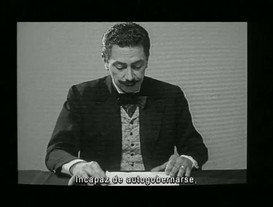