Jérémie Reichenbach is an award-winning documentary filmmaker and producer. After a BA in Film from the Paris-8 University, he shot his first film: Un Monde plus Prope in 1999. In subsequent years he continued directing documentaries.

He maintains a close relationship with Africa (various tours and documentaries in Mali, Niger, Madagascar). Without ever giving in to ease, he makes a gesture of primitive cinema, which "documents", without comments, without added voices, except those of the beings he encounters. He presents himself as a director who does not stop moving towards the more distant, more elusive alterity.

His films have been selected at numerous film festivals around the world. He currently works at the French-based company Quilombo Films. 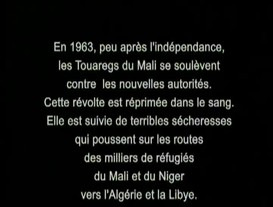