Graduated in Political Science and Sociology from the University of Granada and a Digital Postproduction technique, she also studied the Master's Degree in Theory and Practice of Creative Documentary at the Autonomous University of Barcelona (UAB). She resides in Barcelona, ​​in the professional field, she combines her work as a filmmaker and editor with teaching. She has focused on the documentary field as a director, editor and programmer, and she has also collaborated with various audiovisual producers, as well as teaching editing classes, documentary filmmaking and project coordination in different training centers. As a director she has directed "Memorias, norias y fábricas de lejía" (2011) y "El recolector de recuerdos" (2011), which have toured a great number of festivals and exhibitions such as Documenta Madrid, the Muestra Internacional de Films de Dones de Barcelona , L' Alternativa, Barcelona Independent Film Festival and Documentarist Istanbul Documentary Film Festival, among others. She has also co-directed with Raquel Marquès the documentary "Arreta" (2016) that premiered at the Filmoteca de Catalunya during the Muestra Internacional de Films de Dones..

She is currently part of the programming team of the Barcelona Muestra Internacional de Films de Dones, and has been the programmer and coordinator of the l'Alternativa Independent Film Festival of Barcelona (2006-2011).

She is a founding member of Cooptècniques, a self-employment project in digital media. 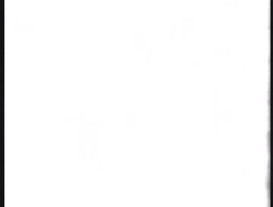