Till Passow studied Film and Television Direction at the University of Film and Television in Potsdam-Babelsberg where he graduated with the documentary Mast Qalandar (The Ecstatic). The Film was shown at 54 international film festivals, winning 12 awards including the German Short Film Award in Gold and the IFF San Francisco Golden Gate award.

The documentary Howrah Howrah which he shot during his stay at the Satyajit Ray Film & Television Institute in Kolkata was shown at 52 international festivals and won 14 awards including Best Documentary Short Film at IFF Woodstock, a nomination at IDFA and a special mention by the FIRPRESCI.

He served on the Jury of the Berlinale Peace Award of the International Film Festival Berlinale in 2012, 2014 and 2017.

Currently, Till Passow is leading the workshop series “Film Talents – Voices from Pakistan & Afghanistan”, a programme of excellence organised by the Goethe-Institute.

The development of his cinema documentary "Father's Skin" was supported by Crossing Borders from European Documentary Network in cooperation with the Documentary Campus and is funded by the Medienboard Berlin-Brandenburg and MEDIA.

Till Passow lives in Berlin. 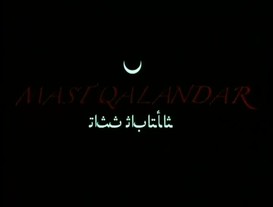