Coline Serreau (born 29 October 1947) is a French actress, film director and writer. She was born in Paris. In Paris, Serreau studied literature, music and theatre as well as the circus. In 1970 she made her debut as an actress at the Théâtre du Vieux-Colombier. Serreau wrote her first screenplay in 1973. Her first film, the documentary film Mais qu'est-ce qu'elles veulent? (1978), literally: But What Is It That They Want?, was a compilation of interviews with women from various backgrounds. The frankness of the statements shocked parts of the public. Her biggest commercial success was the comedy film Three Men and a Cradle (Trois hommes et un couffin; 1985), for which she received three César Awards in 1986. In 1986, her first drama for the stage Lapin Lapin (Rabbit Rabbit), directed by Benno Besson, had its world premiere. She collaborated with Besson for several years and he also staged Le théâtre de verdure (1987) and Quisaitout et Grobêta (1993). 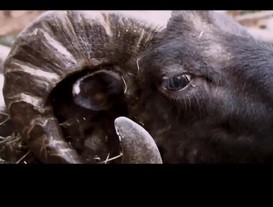