Kika Thorne, an artist, filmmaker, curator, was a co-founder of she/TV, a feminist cable television collective in the 1990s, where women mentored women to produce experimental TV of all duration and genre. She participated in and documented the sculptural protests of the Toronto-based October, February and April Groups and their resistance to the Ontario Conservative government's anti-democratic privatization and consequent urban demolition in the mid-1990s. In 1998 she helped found the Anarchist Free Space & Free School in Toronto's Kensington Market. From 1996 to 2004 she collaborated with sculptor and urban scholar Adrian Blackwell to produce videos, installations and civic interventions, notably 1:1 over 1:300 and Ambience of a future city. As curator of Vancouver's VIVO Media Arts Centre she helped instigate SAFE ASSEMBLY, a 14 day collective program and gathering to express dissent against the effect of the 2010 Winter Olympic Games in Vancouver. Kika Thorne received her MFA from the University of Victoria, BC and has exhibited extensively including projects at Berlinale Forum Expanded, Berlin; Murray Guy, New York; The Apartment, Access, Contemporary Art Gallery and Vancouver Art Gallery, Vancouver; Pleasure Dome and the Power Plant, Toronto, and her work was included in E-Flux Video Rental which toured the globe for five years. She is currently working towards a PhD at York University, Toronto. 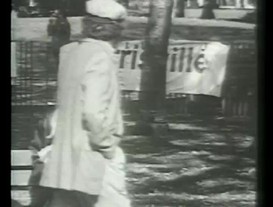