ubermorgen [lizvlx and Hans Bernhard] since 1998, the founders of the "label" create their artistic work out of accidents and trash of Net.Art and its inherent system critical dispositiv as well as from post pop-culture of formula 1 and governemental form-madness. During the last years, ubermorgen has focused on the conception and realization of projects "on the edge of the law" and they have been persecuted by law & order. ubermorgen have been participating worldwide in exhibitions in galleries and museeums. Excerpt: Aldrich Contemporary Art Museum[USA], Sezession Wien, Ars Electronica Linz, Expo.02 Schweiz, The Premises Gallery [Johannesburg], Museu d`Art Contemporani de Barcelona, Kokerei Zollverein Essen, Kingdom of Piracy Taiwan, Konsthall Malmoe and others. Hans Bernhard received the golden Nica Prix Ars Electronica 1996 for his work "the digital hijack", ubermorgen was given a "honorary mention" at Ars Electronica 2002 for the ["injunction generator"]. ubermorgen became internationally well known especially through their "Media Hacks" and "Legal Art" actions such as "Voteauction", "NAZI~LINE" [with Christoph Schlingensief], "Injunction Generator / Ipnic.org" and "Bmdi.de". 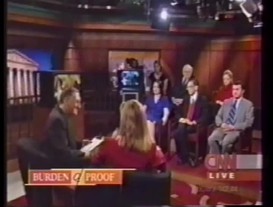