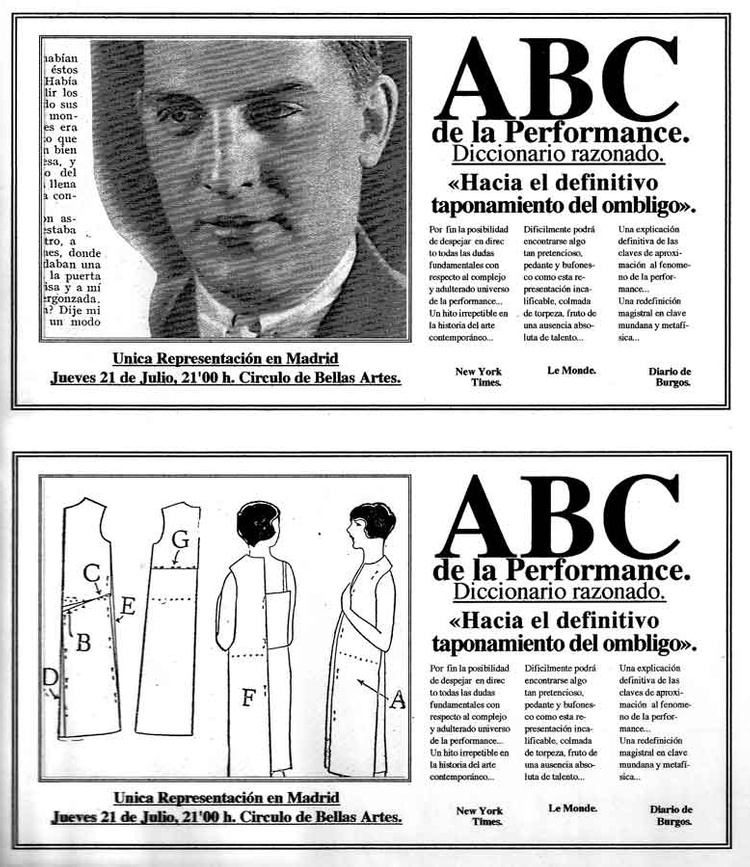 This piece by Vallaure, Lamata and Musicco is a pivotal work in the history of video performance in Spain. With great doses of humour and freshness, this piece offers us an exploration of performance, its codes and languages. The authors use a simple and easy to recognise structure, a tour of the alphabet in order to, with each letter, peruse ways of doing, resources, possibilities and doubts having to do with the art performance. The piece, aware of the absurdity that it constitutes, displays great doses of lucidity, which shows in the dialogues, the comments and the clarifications given by the two main characters in the video. On occasions this couple, due to their acting, reminds us of a classic comedy pair, such as Tip y Coll. Their prosody is quick and sharp, and although their dialogue is of a humorous nature, they manage to generate quite profound reflections of a political character. The impact of this work in the ulterior development of performance in Spain is undeniable. It sets the stage for a way of critically approaching an artistic genre, which is in certain cultural circles difficult to accept. Vallaure has continued to work in the field of the happening and the performance and is no doubt one of its major exponents.