July 1st, 1997. An elderly man arrives in Italy on a flight from Paris. The special forces of the Carabinieri immediately arrest him. Antonio Negri had voluntarily returned to his home country after 15 years in exile. The newspaper Liberation hails it as, “The return of the Devil”. Over the years, few intellectuals have experienced as much admiration and hatred, or as much praise and rejection, as Antonio Negri. His book “Empire”, a critical analysis of the new global economy, was hailed as a bold new manifesto for the 21st century and overnight it turned Negri into a leading spokesperson for the international anti-globalization movement.

Few European intellectuals have experienced as much admiration and hatred, as much praise and rejection as Antonio Negri. Few had so much turmoil in their lives.Antonio Negri is a university professor, philosopher, militant, prisoner, refugee, enemy of the state and today one of the heads of the critical globalisation movement.He spent 16 years in prison, 14 years in exile – it's only been since April 2003 that he has been released from Italian confinement and can now move freely again. His book EMPIRE, published in 2000, became a world bestseller and is celebrated as the new communist manifesto of the 21st century.From a contemporary perspective the film traces the biography of this controversial personality. Antonio Negris life is closely related to the history of the radical left wing movements in Italy during the 60s and 70s, its utopia and tragic ending. In Parisian exile he bonds with the philosophies of Deleuze and Guattari and he strongly influences the critical globalisation movement of today. The film portrays a life of a revolt, which never ends. 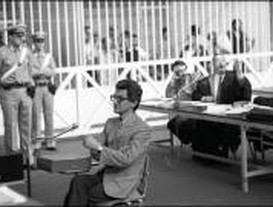 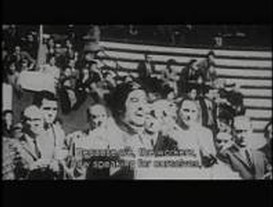