The last four years the city of Barcelona has implemented a model cornering those who are outside the triumphalist paradigm of modernity, Europeism and prosperity. The best example of this discourse is the district of 22 @. An area of the city built atop the old industrial neighborhood of Poble Nou, located on the northern edge of the city. It is in this space that we find the settlement. This is home of about 300 people of different ages and nationalities. There are sub-Saharan immigrants living here with or without papers, Romanian’s, South American’s, Maghreb’s and also Spanish. Many of them with a common history. A few years or months ago they had home and work. But with the crisis the work ended and they had to leave their homes. People went to the settlement, although many did not like the place, because its better than sleeping in the street. There is more security, there are chances of surviving with the collecting of junk and then selling it for recycling the metal, and also a sense of community. Junk has become the main income for the inhabitants living. In the settlement three bars have been opened, these supply, at reasonable prices, food for the community and a comforting coffee or beer at the end of the day. In the middle of all this struggle to keep breathing, in July 2012 things turned a little more dificult. Because of the complaint of the foundation “Maite Iglesias Baciana”, who owns the land where the settlement is and its main job is to send humanitarian aid to countries like Africa and Honduras, a police eviction was declared and scheduled for July 16 of that year. Not happy with this hypocrite behavior they also refused to negotiate with the lawyers that the Poblenou neighborhood residents had managed to find to defend the inhabitants of the settlement. 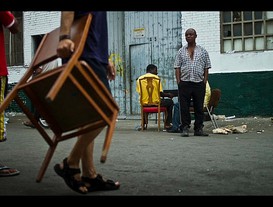 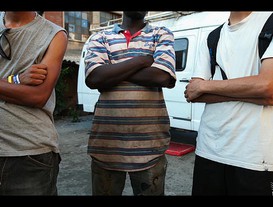 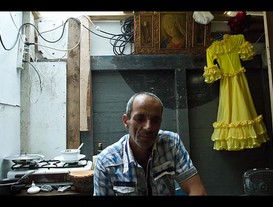 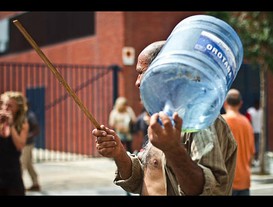 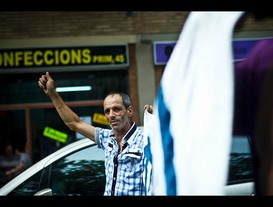