Due to her Mongolian birthmark, the filmmaker Theresia Grösslinger embarks on a cinematic journey through Mongolia. However, the illusion of being closer to the country and its people because of her birthmark is destroyed right from the beginning. While taking part in a family's everyday life in the southern veldt, she soon has to admit to herself her disappointment at feeling completely lost in this vastness and that the family only regards her as a tourist.

Due to her Mongolian birthmark, the filmmaker Theresia Grösslinger, betakes herself to a cinematic journey through Mongolia. However, the illusion of being closer to the country and its people because of her birthmark is being destroyed right at the beginning. While taking part in a family's everyday life in the southern veld, she soon has to admit to herself her disappointment that she feels completely lost in this vastness and that the family only regards her as a tourist. Because of her communication problems, she uses the time trying to cinematically document herself in this place. One morning, when looking down onto the vastness from the highest point in this area, she hears the dull sounds of drums and starts running through the woods. This short moment makes her come to the decision of moving on to the Taiga. On the foothills of the Taiga, she meets a nomad family with tipis and reindeers. This family invites her to stay with them for a while. Soon, the head of the family, Enkhtuya, turns out be a shaman. From day to day, the protagonist's eagerness for attending a shamanic ritual increases. But the first Séance that she gets to attend opens her eyes and destroys her next illusion...Normality of InsanityMarch 22nd, 2007New, low-budget, documentaries at the Diagonale: “Pool Level 175”, “The Land of 99 Skies”From the Working Men in the Far East to nomads in Mongolia. In “The Land of 99 Skies”, 26-year old filmmaker Theresia Grösslinger from Salzburg accompanies those, who, today, already have satellite dishes on their tents. The director's idealism, motivated to this journey by her Mongolian birthmark, soon gets scratched.“Actually I am no better than those tourists”, Theresia Grösslinger says disappointed and self-critic into the camera, after having realised that she, too, is only someone who intrudes other people's private sphere. Haziness and backlight shots are irrelevant when it comes to the movie's important message: In the 21st Century, non-touristic journeys remain to a large extent a romantic illusion. Instead, there is a lot of immediacy and honest insight into a society all changing. Her own dreams break, but Theresia Grösslinger continues filming: “In the people's minds, I was only there when I have got something to show.” Martin Behr Salzburger NachrichtenAbout seeking, finding, abiding and moving on. In the land of 99 skies.The first screen. An abstract of the Internet enzyclopaedia Wikipedia about the Mongolian conquests in the mediaeval times. The mounted armies reached far into Europe. Then, a sketched image of the northern hemisphere. White is the land, blue is the water and in the top right frame, there is a huge yellow stain. It actually looks like an oversize fried egg. But wait: this stain can only be the desired place, the film's aspired destination. Maybe the impression of the fried egg wasn't so wrong in the first place. If you look at the egg in its original form and meaning, we get back to the origins of life. In one of the following, still sketched, scenes we hear the heavy breathing of a parturient woman. We see a team of doctors, who first look and then reach between her legs. And finally, we hear the primal scream of a newborn baby. The baby was born with a blue birthmark on its lower back - a Mongolian spot. In the next scene, we arrive in reality accompanying a young woman, who, in this distant place, wishes for answers to often asked questions. Wanderlust and the love of travelling have been human basic needs for all times. Seume went to Syracuse by feet, Walser was a passionate walker, and the list of traveller's and adventure literature could easily be continued. Ida Pfeiffer, one of only few women at her time, ventured extended journeys on her own far into Asia.The director, Theresia Grösslinger, takes us on a very personal trip, in which she puts very high expectations. What was that early 90s song by the Cowboy Junkies? “...escape is so simple, in a world, where sunsets can be raced...”Perhaps, a small part of this quote applies to this cinematic travel diary. But when one likes to travel, like it or not, you have got to accept the conditions that you may find. The real pictures we are shown of Mongolia and its residents haven't got a lot to do with the romantic idea of a pristine region and its people. Indeed, the yurts are still put up like they have always been, but today they are furnished with huge satellite dishes. Long distances are covered automobile. Tellies and radios are part of the standard equipment. Anyhow, reindeers continue to be the most important productive livestock and, altogether, the people's lives didn't get much easier. The only direct source of income is the money from visitors, that can be earned during summer. And although women took over a clearly more active and more communicative part in the community, this society is still patriarchic. Enkhtuya consistently takes flight into the woods, to retrieve herself from her drunken husband.When you travel, you have got to be able to wait. Finally, Enkhtuya performs a ritual...for tourists. Visibly disappointed, the director retreats into her tent (and us with her). Also disappointed because she realises, that she herself intrudes other people's privacy. Ultimately, “The land of 99 skies” is a film about valedictions (farewells). It shows a society in change, and the rupture of one's utopias. The possibilities that remain: accepting and moving on.Elisabeth Streit Austrian Filmmuseum 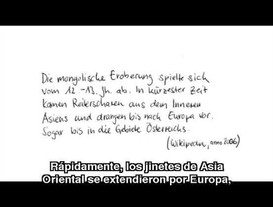 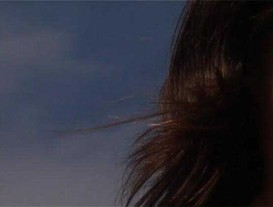 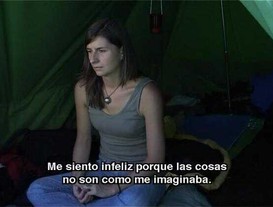 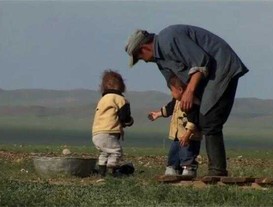 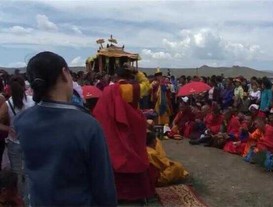 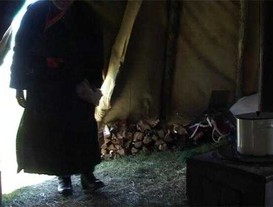 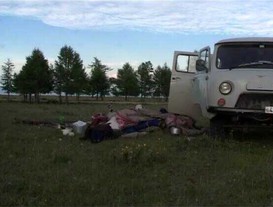 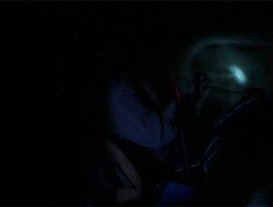 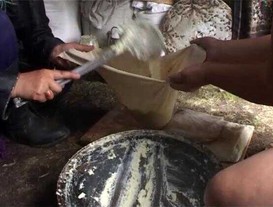 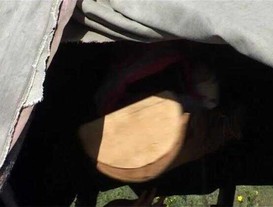 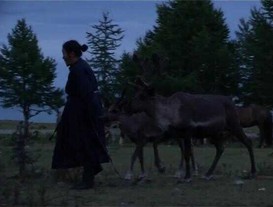 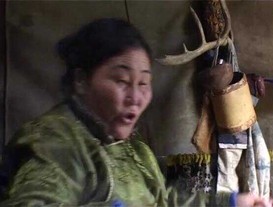 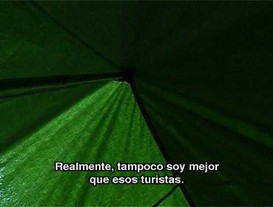 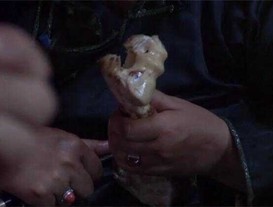 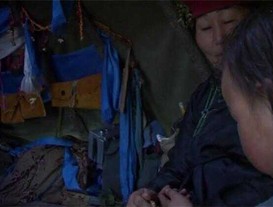 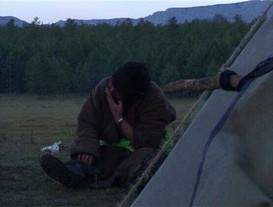 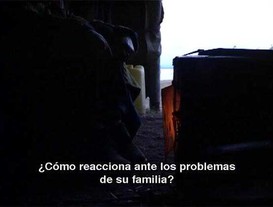