Jenin Jenin, directed and co-produced by Palestinian actor and director Mohamed Bakri, includes testimony from Jenin residents after the Israeli army's Defensive Wall operation, during which the city and camp were the scenes of fierce fighting. The operation ended with Jenin flattened and scores of Palestinians dead. Palestinians as well as numerous human rights groups accused Israel of committing war crimes in the April 2002 attack on the refugee camp. Jenin Jenin shows the extent to which the prolonged oppression and terror has affected the state of mind of the Palestinian inhabitants of Jenin. 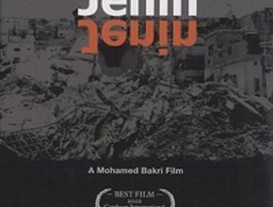