“Radical Imagination (Carnivals of Resistance)” is the second part of the “Entre sueños” (Between Waking and Sleeping) series. It deals with the “Global carnival against capital”, an action staged by the Reclaim the Streets movement in London on June 18, 1999, which brought urban commercial life to a standstill. The City of London, a world financial centre and a major hub of international capital, was paralysed, and the protest developed into an epicentre of a political current that reappropriated the idea of the carnival as a tool that points to new approaches of the occupation and formation of public space in recent anti-globalization movements.

A sunny afternoon in London. A police helicopter registers from high above that a group of riot police officers are being skillfully surrounded by an army of ballerinas, superheroes, punks and other people, more or less ordinary, or dressed in an excentric fashion. The group approaches the squad with both a festive and defying attitude, and the surrounded ones call on the radio for the helicopter to descend and finish with the whole thing. The flying artifact stays put. The reason for this is that orders from police headquarters make clear that it is more important to thoroughly film the rebels that to rescue their colleagues. On the ground, the rioters seem to be enjoying, very much, the whole thing: some laugh and dance untethered to the rhythm of techno music: others indulge in destructive behaviour.This and other real stories compose this video by Marcelo Expósito, titled Radical Imagination (Carnivals of Resistance), the second part of the series Entre sueños / Inbetween dreams [see the first part, First of May (the City-Factory). In this piece the author presents the experience of the collective Reclaim the Streets, one of the landmark groups in the formulation of new forms of political activism in the 1990s. They have staged radical and creative occupations of “public” spaces in London and other British cities. This video focuses more specifically on the occupation and paralysation of London's financial centre, the City, one of the main actions that took place during the Global Action Day Against Capital on the 18th of June, 1999 (know as J-18).The video puts forward the argument that the type of carnivalesque political irruption characteristic of the RTS street-parties prefigure later forms of anticapitalist protest of the global movement. The piece shows the ways in which the protest's carnivalesque modulation takes place precisely at the moment when translocal links between the different radical democratic and direct action struggles against neoliberalism are being established. The radical imagination of the new forms of political action consists in prefiguring the world wished for precisely at the moment of the protest, in the forms of the protest's construction and expressivity themselves.Masks, music, the body and communication are fundamental ingredients of the carnivalesque protest. The video proposes the following formal problem: how to represent a protest that operates on multiple focuses and thus, with its diverse ramifications and action fronts, completely breaks with the protest's classic models. Visually it achieves this level of questioning by fragmenting the screen and through non-linear narrative forms which gather –in a montage of semiautonomous narrative blocks–interviews, music (Glenn Gould, Schönberg, electronic sounds), texts (Bakhtin, Notes from Nowhere) and diverse archive material (from cinema to painting). 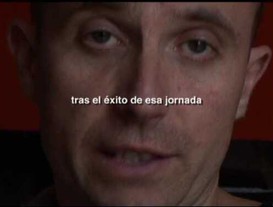 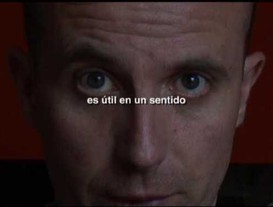 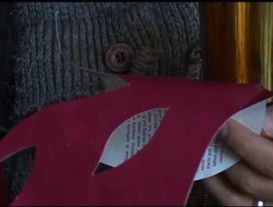 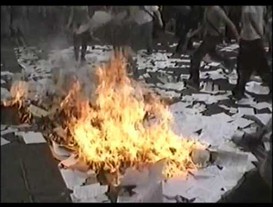 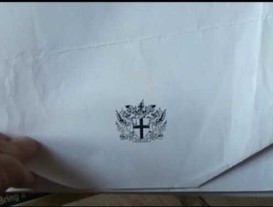 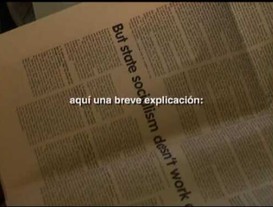 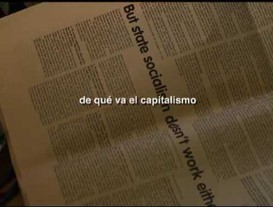 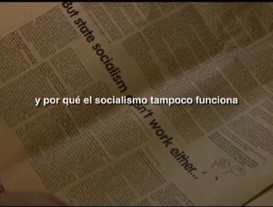 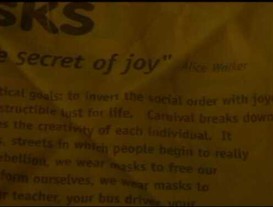 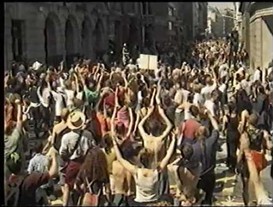 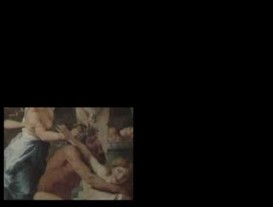 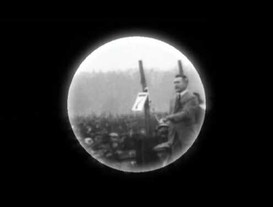