It is not surprising to find that Zona Franca, the former commercial area of traditional industry, and 22@, the area recently zoned for logistic and technological capitalism, are part of a huge real estate operation publicised under the umbrella of Barcelona's post-industrial urban renewal. So, what economic and symbolic benefits do they generate, and for whom? What advantages do companies and institutions gain from this symbiosis? And what about the workers?

When we began to work on this project, neither Pablo nor I had a clear idea about what the Zona Franca (Free Zone) meant or what was it for. Besides being one of the districts of Barcelona and the area for unloading goods, neither of us had a direct relationship with this vast port area.The fact that Pablo worked for some time in a services and communication company located in the Zona Franca, made us rethink this space within the current system of manipulation, storage, distribution and circulation of products, as well as how this is related to the new informational capitalism.At first, the Zonas Francas (Free Zones) appear as "a free zone or warehouse, an exemption area that initially had an industrial character and that, subsequently, changed into a commercial character” which has the particularity of being close to a port and of being used to store and / or transform a merchandise until its commercialization, redistribution or transportation to another country, differing customs taxes and reducing administrative procedures.In 1929, Barcelona and Cadiz obtained the concession for a Zona Franca, and the third Zona Franca is located in the port of Vigo by Royal Decree of 20th of June, 1947; in 1998, it is created, by Order of the Ministry of Economy and Finance, the fourth Zona Franca in Spain, the one in Las Palmas de Gran Canaria. Being part of the logic of fordist capitalism and its commercial forms, what place do the Zona Franca of Barcelona occupies within the economic design of a city based almost exclusively on services and tourism? Why locate one of these companies in the midst of this territory in full decadence? Precisely, Pablo's experience in a logistics and management multinational located in the Zona Franca gave us the key: nowadays, the Zona Franca is for rent, it is moving. In the midst of a decadent impasse, at the Zona Franca of Barcelona, some residual heavy industries and the habitable zones that they gave rise to (“the Seat houses", for example, built during the 50s), coexist with the new "clean" industries of global capitalism, which obtain good financial advantages for revitalizing this area, for contributing to its regeneration and reuse, and therefore, for making this place a new "living area" of the city likely to generate services and housing areas.While the longshoremen still unload packages and the workers "leave the factory" (as in the first filmed image of the Lumière brothers in 1898), the big containers -mainly from China- are mechanically stacked up on the levees and the "new transnational proletarians” “enter the call center”: nothing better than a “non-place", a mis-placed space away from the touristic and cultural center that Barcelona is said to be, to place a company of offshored and abstract services, as for example, Sitel Ibérica, a corporation that, as stated on their website, "offers its sectorial experience in consulting, back office, customer care, risk management and debt collection, customer acquisition, etc... in different industries such as consumption, financial services, insurances, telecommunications, technology and government, by reducing efforts, optimizing costs and increasing the profits of a partner focused on customers' satisfaction.” As they reiterate: "Our global approach and diversification position ourselves as strategic partners in providing integral services for our customers, working with over 450 leading organizations in different economic sectors worldwide.” We chose Sitel Ibérica (established in Spain since 1996) as a case study for “Zona Franca”, our project on the turnover from the government-dependent agricultural and industrial trade to the global immaterial trade, because it appeared to us as a good example of this new offshored capital that, besides it was going through a signifcant crisis that could lead to a large volume dismissal while we were developing our project, it had offices in two emblematc places of the "new industrial zones" that are the bet of the de facto powers of the city since many years, Zona Franca and 22@. The final paragraph of the article written by Jesús Arteaga Ortiz and Andrés Conesa Fontes "Las Zonas Francas en España" (2000) provided us an important key to investigate and understand why these two areas, which are apparently so different and distant one from each other, could attract common interests of private companies, city council and state institutions: "Nowadays, another motivation for the existence of Free Zones, apart from the already mentioned advantages of tax deferral and reduction of administrative procedures, consists of the exploitation of the real estate speculation business that generates the sale or concession of land in the vicinity of ports and airports. " Zona Franca, the old commercial area of the traditional industry, and 22@, the new space of logistic and technological capitalism are, as we already supposed, mainly part of a large real estate business, sheltered by the umbrella of Barcelona's post-industrial renovation. Therefore, what economic and symbolic gains do they generate, and who do they revert to? What advantages do the companies and institutions obtain from this symbiosis? And what about the workers?Right now we are getting ready to leave the loading dock and to enter the call center 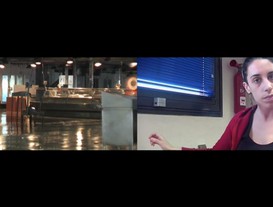 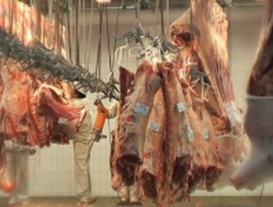 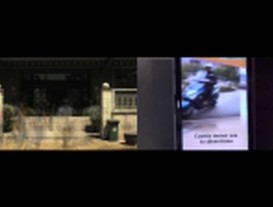