Martín Solá was born in Argentina. He got his documentary filmmaker’s degree in thecity of Barcelona and as a film director at the Cievyc school in Buenos Aires. He also studied Theology in the Orthodox School of Theology “Sant Gregori Palamàs” of Barcelona. He worked as camera for several production companies in Italy, Spain and Argentina. Since 2008 he works as a professor in different filming schools of Barcelona, Madrid and Buenos Aires. As a filmmaker his short Àpat a casa de família was selected for screening at the “Jeune Creació europea 2006/2007” Biennale. He alsomade four full-length documentaries: Caja cerrada (2008), Mensajero (2011) y Hamdan (2013) La Familia Chechena (2015). 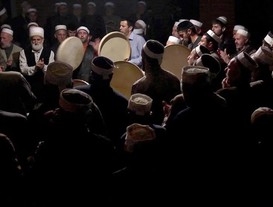