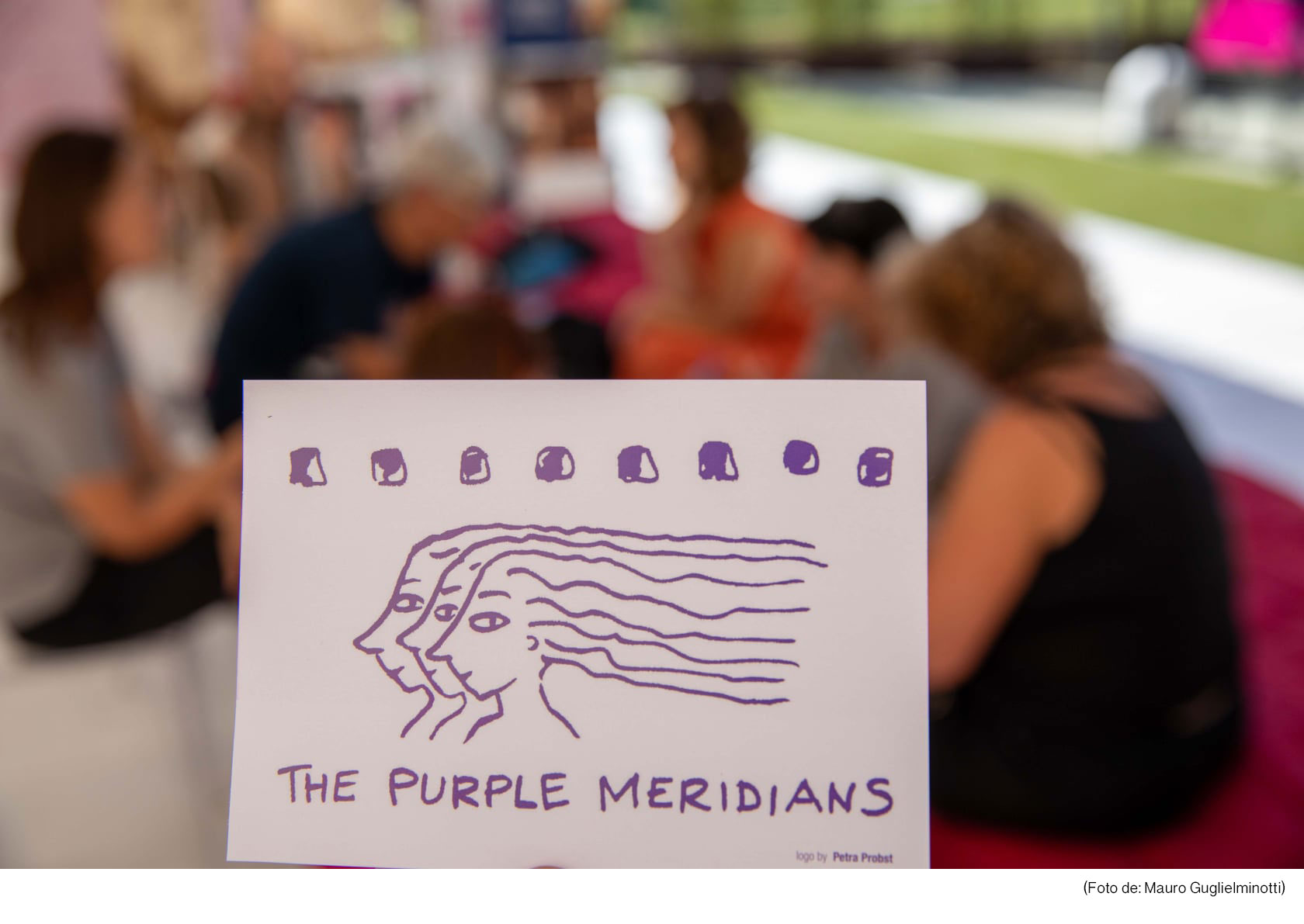 The Purple Meridians is a joint project by three organisations in Spain, Italy and Turkey that brings together eighteen women filmmakers, six from each country, to debate the difficulties faced by women working in the filmmaking industry and wider screen sector. The aim is to share strategies for overcoming common obstacles and set up a support and exchange network for future partnerships crisscrossing Europe from east to west.
The project is made up of three workshops, an online roundtable, onsite screenings in Barcelona, Turin and Diyarbakır and an online programme featuring a selection of films by the participating filmmakers. The films, subtitled in English, will be made available on the streen.org platform, free of charge on the first day (to be decided on the basis of the onsite screenings) and then on a pay-per-view basis for three months.
Once the onsite and online workshops have been held in Barcelona, Turin and Diyarbakır,  each group will watch the videos of the workshops held by the other two groups and draw up a set of conclusions to share at the online international roundtable.
The filmmakers resident in Catalonia (Anna Giralt Gris, Raquel Marques, Pilar Monsell, Ro Caminal, Lara Vilanova i Lili Marsans) will meet at the Centre Cívic Pati Llimona , where they will connect with Turin (as part of the Torino Film Festival) and Diyarbakır (Turkey).
OVNI, Mostra de Films de Dones i l’Alternativa will present a programme of films made up of two films by each of the eighteen participating filmmakers.
The remaining shorts will be screened on the same day on a continuous loop on a monitor at the Pati Llimona Civic Centre.
All the films will be available from 3 December in their original language with English subtitles on purplemeridians.org.

2- Spain Workshop (online)
Monday 22 November, Not open to the public

3- International Roundtable (online)
Saturday 27 November, 11 am to 12.30 pm
Open to the public, The roundtable will be held in English

The Purple Meridians is a joint project by three organisations in Spain, Italy and Turkey with the support of 2021 Eurimages Gender Equality Sponsorship.