Rupert Roopnaraine was born in 1943 in Kitty, Georgetown, Guyana. Hi was the Guyanese Minister of Education between 2015 and 2017.

He joined the Working People’s Alliance in 1977 and quickly became one of the leaders of the party along with Walter Rodney, Clive Thomas and Eusi Kwayana. He was an activist politician and at the height of the years of PNC repression was arrested on charges of burning down the PNC headquarters. He also narrowly escaped death when he was attacked by PNC party thugs, only reaching safety with the help of sugarcane workers who led him through the cane fields to escape. After the assassination of Walter Rodney he became leader of the WPA. He has been a member of the Guyanese parliament for many years, with a virtually unique reputation for the incorruptible representation of people across all racial groups.

He is unquestionably one of the leading Caribbean intellectuals of his generation, though political activism has restricted his output. Nevertheless, he is an outstanding art critic (champion of the work of Stanley Greaves), literary critic (author of a pioneering essay on Martin Carter), film-maker (The Terror and the Time) and poet. He is the author of The Web of October: Rereading Martin Carter (1986) and a suite of love poems, Suite for Supriya (1993), and The Primacy of the Eye: The Art of Stanley Greaves. 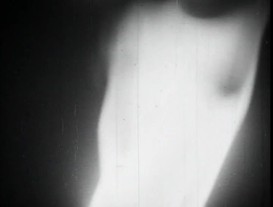